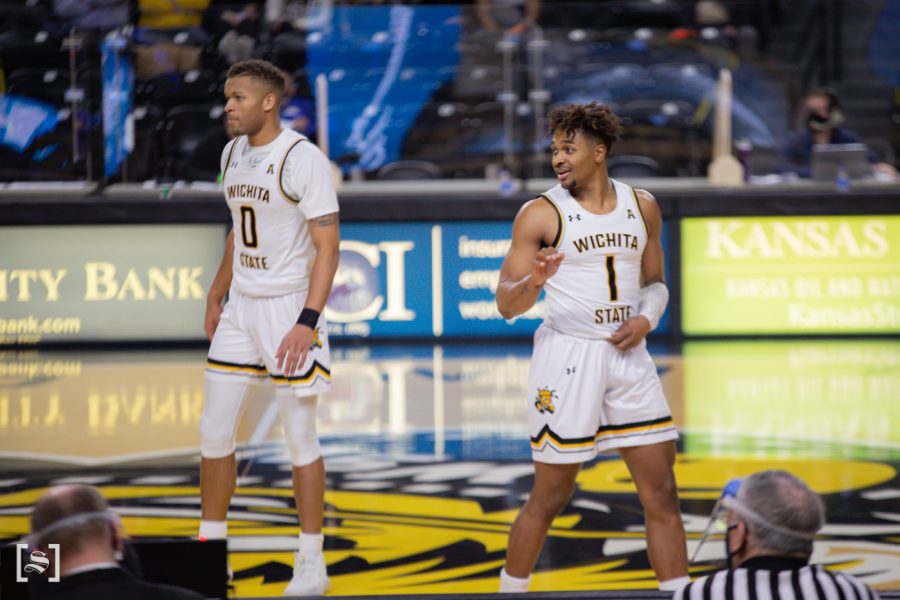 Wichita State sophomore Tyson Etienne looks at the bench during the game against Houston at Charles Koch Arena on Feb. 18.

Following the cancellation of Wichita State’s game against Temple on Saturday, the Shockers will now face off against South Florida on Saturday at 12 p.m., the American Athletic Conference announced on Tuesday.

WSU’s game against Temple was canceled due to a suspension of activities in the Owls’ program. The Shockers will need to win both games this week to clinch the AAC regular season title.

Saturday’s game will also serve as senior day, as WSU will look to honor its four seniors, Alterique Gilbert, Trey Wade, Jacob Herrs and Brycen Bush. The NCAA is allowing winter sport athletes to receive another year of eligibility but none of the four have announced their decision to this point.