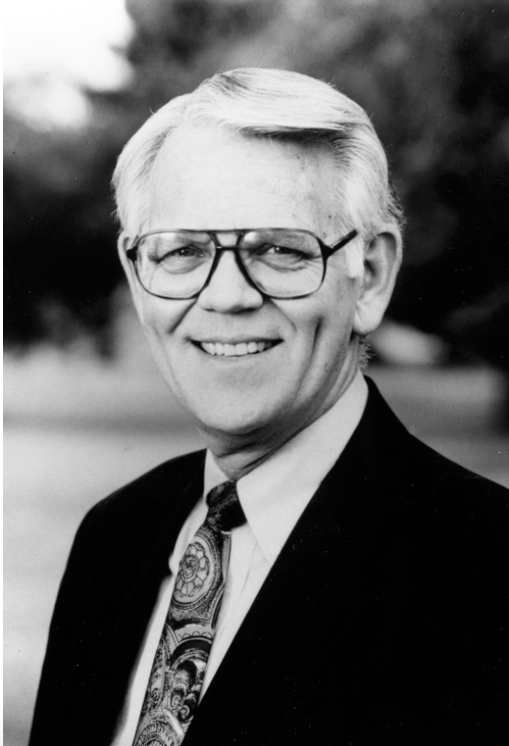 Courtesy of the Strategic Communications Office

The 11th President of Wichita State Eugene Hughes died March 10 in Flagstaff, Arizona. He was 86.

Hughes became president in 1993 and served in the position until he retired in 1998. The WSU metroplex located at 29th and Oliver is named after him.

Hughes earned his degrees in mathematics from Chadron State College, Kansas State University and George Peabody College of Vanderbilt University. Before being president of WSU, Hughes served as president of Northern Arizona University.

“President Hughes has left an indelible footprint on our university, and we’re grateful for his wholehearted commitment to strengthening the connection between the university and our surrounding community,” Interim President Rick Muma said in a statement. “Though many of us are mourning Dr. Hughes’ passing, we take comfort in his enduring legacy to Shocker Nation.”

Individuals can send condolences to [email protected] or can drop of cards and gifts from 9a.m.-5p.m. Monday, March 15, at Entrance A in the Metropolitan Complex.

People can read the full statement from President Muma here.