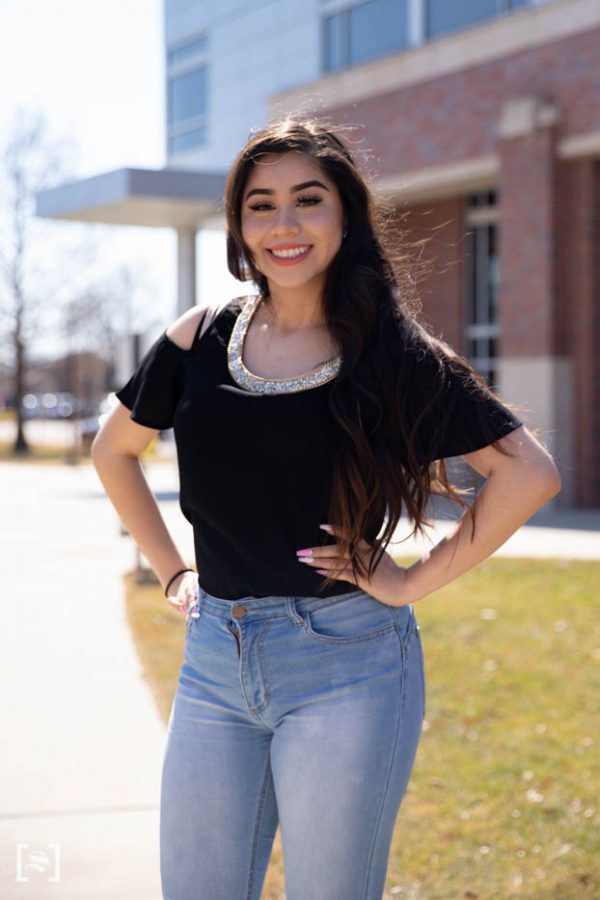 Michele Valadez is one of the two winners for the women’s innovation award. Valadez is a senior majoring in entrepreneurship.

Wichita State student Michele Valadez’s passion for entrepreneurship started when she was just 15 after taking a Youth Entrepreneurs class. Now, a college senior, Valadez was one of the two recipients to receive the Women’s Innovation Award.

The Women’s Innovation Award was created in 2020 to help and inspire female students in their path to success. The award comes with a grant from the university so the recipients can dig deeper in their craft.

At the Youth Entrepreneurs Regional Competition Valadez won first place, securing her a spot at state, where she won money there too for her ideas.

She took it to DECA, an Entrepreneurship business starter company and worked with them.

She said she has a passion for creating, problem solving, and helping herself and others.

“I want to make life as efficient as possible,” she said. “We have only a limited amount of time and we can find a way to make things a little easier; that’s what I want to do.”

The Women for Women’s Innovation Award was presented to Valadez by two people she trusted.

“I hoped on it. I applied, and I’m really grateful for it now,” she said.

“In my first year of college, I got into three different collisions, none of which were my fault,” Valadez said.

This led to Valadez creating a solution to the problem that arose.

“There has to be something I can do to capture what’s going on,” she said. “I started looking up dash cameras and what I noticed, the problem with all the cameras, even if they claimed they were 360 (degrees), they all had blind spots . . . If you can’t tell the full story, insurance and police reports won’t do you much justice. And that’s why I came up with the 360 (degree) dash camera.”

Right now, the invention is in the development and prototype stage and should be ready in April. Then they can present it to WSU and take it to new heights.

Once they have it built, they will move on to the selling stage.

“The goal with this is to hopefully end up going nationwide one day, but establishing the right partners,” she said. “Eventually the ultimate goal is to bring it into Canada or potentially selling the idea off.”

Valadez worked hard to create something that’s going to help others.

With March being Women’s History Month, Valadez said that she is reminded of the power women hold.

“Women are awesome,” she said. “And to have a whole month to showcase what we do, what we’re capable of, we need it, we deserve it. That’s why we have it.”

Valdez is looking at the future with her eyes wide open.

“We’re excited to be breaking barriers.”