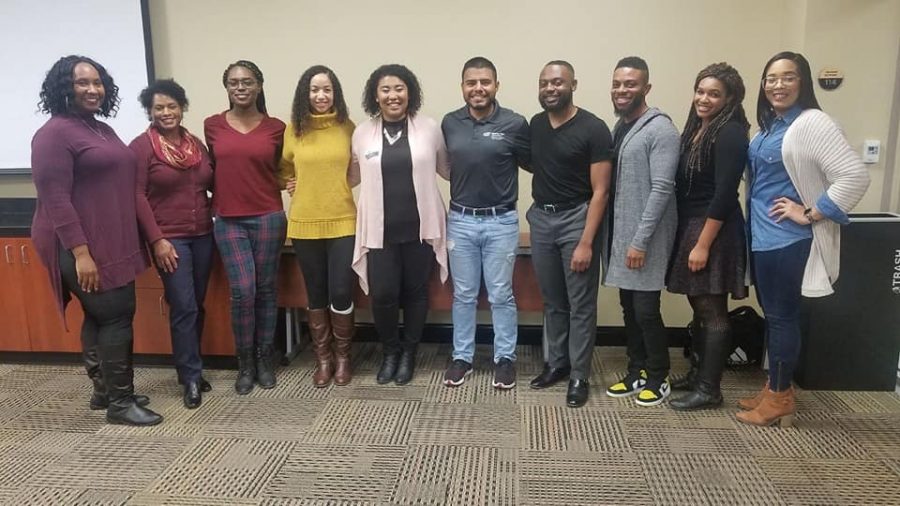 On a campus of 16,000+ students, only 800-1000 students identify as African American at Wichita State University. With a predominantly white student population, minority students might find themselves looking for places where they belong and feel understood.

The African American Faculty and Staff Association, or AAFSA, was created in the 1980’s at WSU. In 2008, they established themselves under the current name for the organization.

“The mission today of AAFSA is seeking to achieve a visible commitment of the inclusion and valuing of African American staff, faculty, students, and alumni at WSU and the surrounding community,” Danielle Johnson, president of AAFSA, said.

Bobby Berry, first vice president of AAFSA, said that the organization is also a forum to exchange ideas and discuss issues and problems that are concerning African American staff on campus.  They also want to provide a safe space for representation of African American students.

“I think it’s also important to think about identity and some of the struggles that our students face; our faculty and staff are facing those same things, they are just older,” Berry said.  “Those issues don’t just disappear … I think it’s important that if we say we value diversity, then we have things on our campus that identify the issues that are being faced on this campus.”

Johnson said that she believes having affinity groups on college campuses is important, because students sometimes are looking for relationships with people who have a similar walk through life.

“I certainly don’t want to make it seem like minority folks or people in general are monolithic, there is no one black experience, but you do have that familial feel when you can walk into a room and let your hair down, and it feels natural and folks know what it’s like to have that heaviness on you, and being able to be your true, authentic self,” Johnson said.  “We can talk about what it’s like to be the only one in a space sometimes.”

The AAFSA is involved with many events on campus.  AAFSA partners with the Black Student Union and the Black alumni network to host Welcome Black Week.

“Welcome Black Week is not about segregation, but about creating an opportunity for folks to be able to find folks like them, and building that affinity and strengthening and making sure that our students know how to navigate the space where they are the minority and doing it in a successful way,” Johnson said.

“We have given out about 11,000 dollars in scholarships to students, both undergraduate and graduate,” Johnson said.  “I myself received a scholarship when I was a student here.  A lot of the students that we have seen have really raved about the dollars that they are able to get to spend on the things that they need.”

Johnson said that they are also able to connect to predominantly African American associations off-campus, such as the Wichita Branch of the NAACP and Wichita Urban Professionals.  They also partner with the Office of Diversity and Inclusion and other spaces on campus to host programs and events.

Before COVID-19, they have hosted mix and mingles between faculty and staff and hosted professional development events that prepare students to dress and answer questions in an interview.  AAFSA also holds an event called Art that Touches Your Heart, where they collaborate with a black artist or gallery owner to display their artwork downstairs in the RSC.

Berry said that for the future of the association, they are hoping to offer more professional development opportunities, host conferences, to continue to grow their scholarships, and to be more intentional.

“Ultimately, we want to grow more and become more visible and have a stronger presence,” Berry said. “Our group is skewed a little younger now, so bringing some creative ideas to how we can reach and impact a broader audience as well.”

Johnson said that the association wants to be more easily identifiable, and they made t-shirts this year so that people can easily recognize them.

“We also want to be in spaces that our students are in.  We have had a number of conversations on campus with our students and they echo the sentiment of many faculty and staff,” Johnson said. “They feel that only-ness, having teachers that don’t look like them, and anyone should be able to teach anybody but sometimes they are looking for that home feel … We are recruiting on that I-35 corridor, and there are people coming in who aren’t used to being in predominantly white spaces, so they are looking for that familiarity.”

“A lot of our events and general meetings are open to the public, people can drop in, but it also is unapologetically about African American agenda,” Johnson said. “Anyone is welcome, we aren’t gonna turn anyone away, but when you are part of this organization know that we are having conversations that affect the Black community on our campus, and we always welcome an ally.”