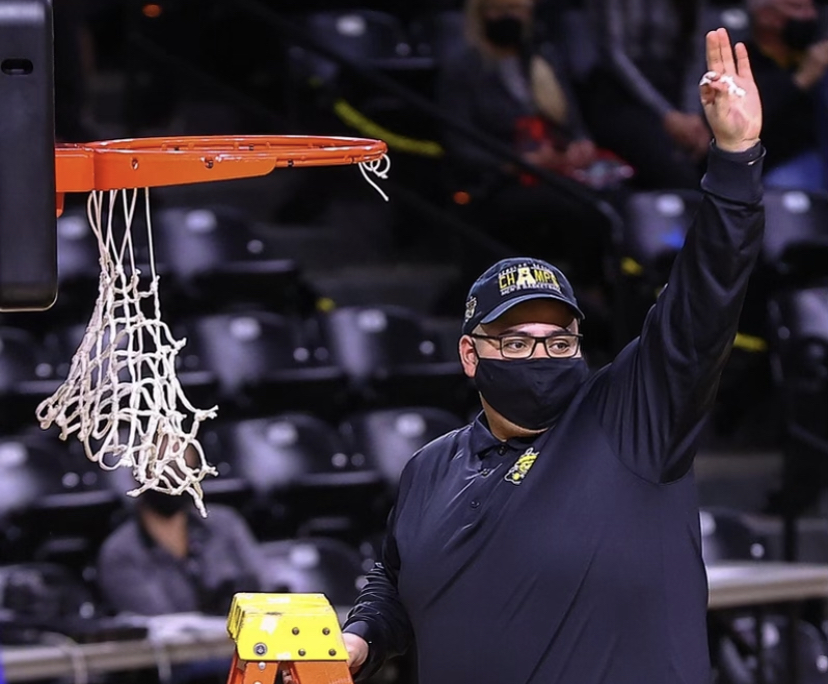 From attending the NCAA tournament in San Diego in 2018 to being a part of the 2019 NIT run in New York City, Wichita State senior Nick Segura has been a manager for the men’s basketball team for the past four seasons.

Segura grew up in the Wichita area and is a 2017 graduate from Campus High School in Haysville, Kan. Segura’s path to being a manager for Shocker basketball began while he was a Campus Colt.

“I was a manager for basketball at Campus,” Segura said. “Our head coach there was friends with one of our old assistants Kyle Lindsted. So during the summer, I kind of worked their summer camps and that kind of got me in the door and was essentially my try out.”

Segura is a sports management major with a minor in communications. After Segura graduates this upcoming May, he plans on being a graduate assistant for a college basketball program.

“Hopefully, I either go and GA for another basketball program or just be a GA in general somewhere in the sports world,” Segura said.

Nick also has aspirations to work as a Director of Basketball Operations.

Segura is the head manager of the men’s basketball program. Segura’s day-to-day duties are constantly changing. He has learned the ability to adapt to any situation.

“You can do anything,” Segura said. “You can stock our fridges, you can deal with equipment, our video stuff, tickets. Just making sure everything is accounted for.”

One of the expectations that come with being a manager for the men’s basketball program is to be available and relied upon.

“I will say that one thing is like you always got to be available,” Segura said. “These guys like to shoot late at night and we have some good managers that will actually come super late at night.”

Over the past several seasons, Nick has had the opportunity to get to know more about the players and because of that, he has formed close friendships.

“Yeah I would say, definitely Isaiah Poor Bear-Chandler and Morris Udeze, just because I help with the bigs a lot” said Segura. “Dexter is another one of those guys where we like to joke around a lot, all the time. Then, I’d say Tyson, he’s up there as well; so those four I’m really close with.

Segura offered his advice to students who may have interest in becoming a manager for the men’s basketball program. Loyalty and dedication to the program is the expectation.

“All these coaches, all these players trust you to do a job, not only for them, but for this program,” Segura said. “You’ve got to be dedicated to providing your time and your service.”

The Shockers were anxiously waiting for NCAA Tournament selection show this past Sunday after falling to Cincinnati 60-59 in the American Athletic Conference semifinals on March 13th. Segura was there with the team when Wichita State was announced in the tournament field of 68. It was a moment of shock.

“You see all those guys jump up right away and it still took me like two seconds after that to really process like we are in this thing,” Segura said. “It was a special feeling.”

This season has been an unexpected ride for the Shockers. The team was picked to finish seventh in the preseason coaches poll, yet Wichita State prevailed and went on to become American Athletic Conference regular season champions. Segura believes while this season has been hectic; he claims it has been his most memorable season as a manager.

“Hectic is definitely one of the words to describe it,” Segura said. “Winning that regular season title, I get my first ring now and am coming to the NCAA tournament. It’s just crazy man.”

Wichita State is playing in the NCAA tournament for the first time since 2018. The No. 11 seed Shockers are playing against the No. 11 seed Drake Bulldogs in the First Four round at Mackey Arena on the campus of Purdue University. Tip-off is scheduled for 5:27 p.m. on Thursday, March 18 and is available for broadcast on TBS.