OPINION: WSU can do more to show some love to Asian community 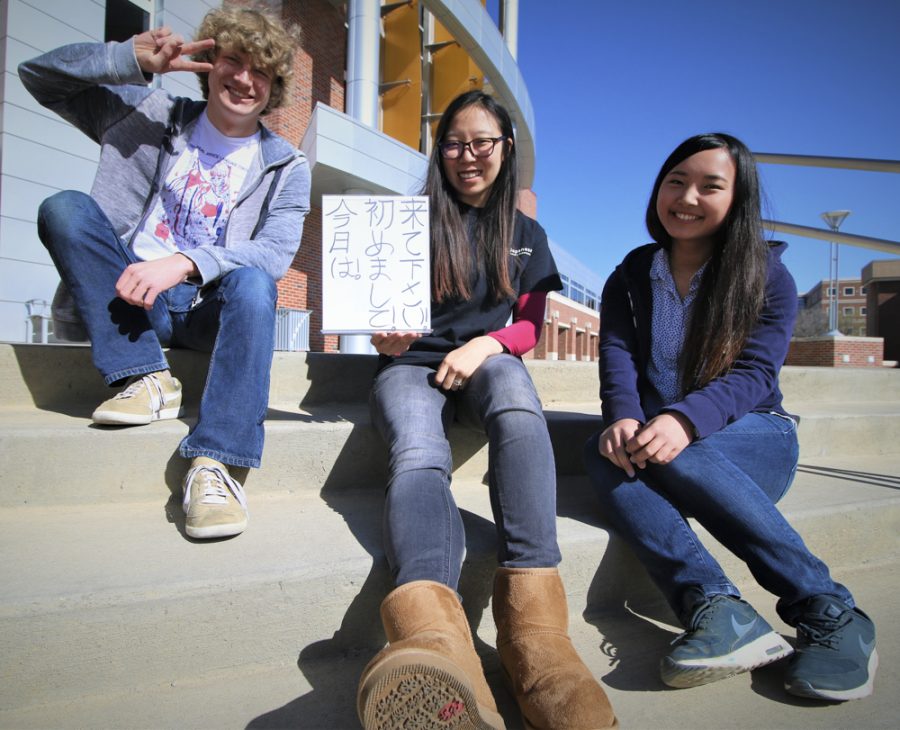 Representatives from left to right: Davis Peck, Irena Kutilek and Akari Yoshioka. Kutilek brandishes a sign encouraging students to stop by Japan Festival on Wednesday April 21 at the RSC.

A tragic story unfolded earlier this week when six Asian women were murdered by gun at the hands of a white man. The man who police say went on a rampage at three spas in the Atlanta area has been charged with eight counts of murder in connection with the attacks. The shooter claims that he is a sex addict and was trying to eliminate his “temptation”.

I don’t believe a word he is saying.

The man just killed six Asain women. It’s hard to believe he’s not suffering the same bigoted and delusional reasoning as anyone who burns down Black churches, stabs worshippers at Jewish synagogues or threatens to blow up Mosques.

Asian residents, both American and foreign, have been under attack since early 2020, when reports about the novel coronavirus’s origin first circulated. But that’s not the whole story.

The rhetoric about Asians that spewed forth from President Trump’s propaganda machine was some of the vilest, most offensive and inappropriate in a long list of ongoing rhetorical offenses.

Shamefully our country didn’t just consent to him— we applauded, we cheered, and eventually, we looted and engaged in a political coup, attacking the U.S. capitol and center of democratic decision-making.

Some called him out for referring to COVID-19 as the “China virus.” Most did not.

We’ve had our hands full the last 12 months trying to survive and adjust to one crisis after another. But were our hands so full that we can justify tacitly accepting this new anti-Asian sentiment? That we can defend our lack of active, bold and public support for our Asian community members?

There’s no good reason for our inadequacy.

This community claims to want to be a global research powerhouse, to attract private business partnerships and care about diversity and inclusion. Being a place where Asain students, academics, and businesses thrive is a no-brainer if we’re serious about accomplishing those goals.

But what have we done to show our support to our Asian brothers and sisters?

Send a few tweets. Hashtag something. Share a story about one of our many successful Asian students or faculty members. Host a webinar.

Guess what? That’s not enough support. It’s keeping up appearances.

It’s not the same as publicly stating, in every manner and on every platform available – ‘this university fiercely defends our Asain students and faculty. We are doing everything possible to keep them safe and make them feel welcome and supported.’ Then following through with action. Repeatedly.

The whole “let us know if you need anything” mindset is the wrong approach to this situation.

For our foreign students especially, there may be an expectation of keeping their feelings, worries and negative experiences to themselves. The “don’t bite the hand that feeds you” idea is alive and well in our country and globally.

Plus, it’s natural to not want to draw attention to problems, fears and complaints when in a precarious position, seeking support for your visa, scholarships for tuition, and post-college jobs in the U.S. The stakes are high, so people put up and shut up.

To say, ‘if there’s a problem, please let us know’ is not going to accomplish much under those conditions.

Wichita State needs to get proactive. It needs to offer support on all fronts, both public and private. That’s true for all of our community members. But right now, WSU needs to prioritize demonstrating to our Asian community that they matter, they belong, and they will be kept safe even if it ruffles the feathers of WSU’s Trump-loving big shot donors.

It means doing more than sharing a lovely story about an Asian student’s research. It means taking a stand and addressing anti-Asian sentiment straight on.

I expect more from an institution of higher education. Our Asian community should too.

Let’s show the world how a top-rate global powerhouse research institute takes care of its own in all the best ways. Let’s speak in a clear and unified voice and say, ‘We love and support our Asian community, and here’s what we’re doing to prove it…’

Let’s go beyond public relations and appearances and truly make an effort to support our Asian community. Offline and on the web, “we support you” has to be more than a slogan.