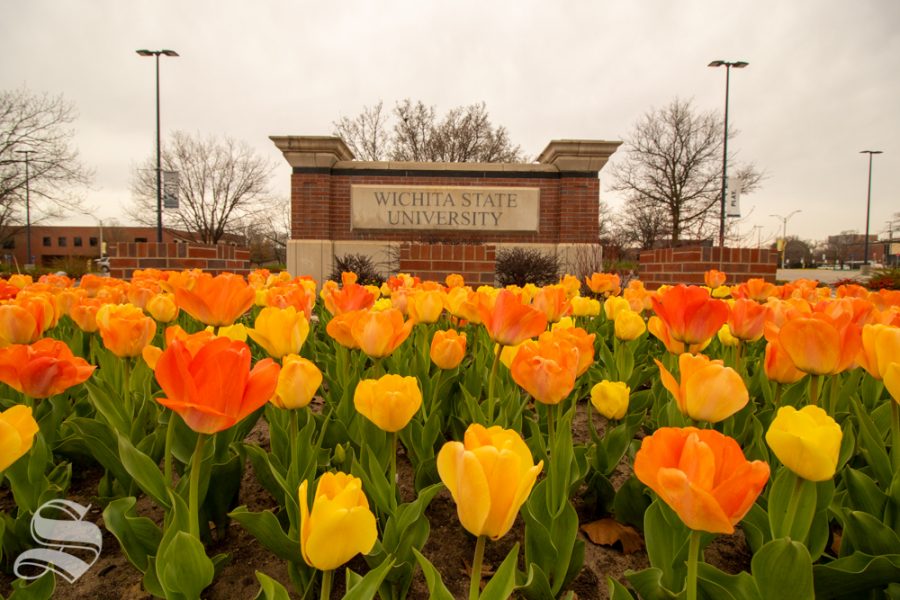 Wichita State University's main campus is known for its multicolored tulips, which bloom every spring.

Kansas Senate Bill 208, which would ban trans women from competing in women’s sports, has caught a lot of attention from both ends of the political spectrum.

Student Body President Rija Khan said she has heard both sides of the argument from members of the student body, but that didn’t change her stance.

“It’s been a mixed response,” Khan said. “There are people who are for some reason strongly in favor of this bill and there are people against it … At the end of the day, taking away the political side of things and everything else, this bill is doing one thing: it is taking away rights from transgender women.

“I respect everyone’s opinion about this issue, but at the end of the day we are not going to be the state that will take away people’s rights.”

In response, the Student Government Association released a statement yesterday on social media taking a public stance against the proposed bill.

“All students deserve fair and safe treatment at their schools, regardless of gender expression,” the SGA statement said. “For this reason, and many others, the Wichita State Student Government Association voted unanimously to stand in opposition of Kansas Senate Bill 208.”

Khan said that the statement was one of the steps SGA took to advocate against the bill.

Khan said not only is SGA as a whole taking a stance, but they are also pushing members of SGA to individually advocate.

“We have told our student government that if you believe strongly about this, please go ahead and email your representatives as individuals to make sure they are hearing from their public,” Khan said.

Khan said that any bill directly taking away rights from one specific group of persons should be fought against.

“[The bill] is overtly transphobic legislation, unduly targeting transgender athletes in the state of Kansas,” the SGA  statement said.

Khan said the bill takes away the basic rights of individuals and goes against what Wichita State strives to be.

“At Wichita State, we believe in inclusive excellence …  This bill is not going to be inclusive, and therefore we are missing that key piece of our campus.”