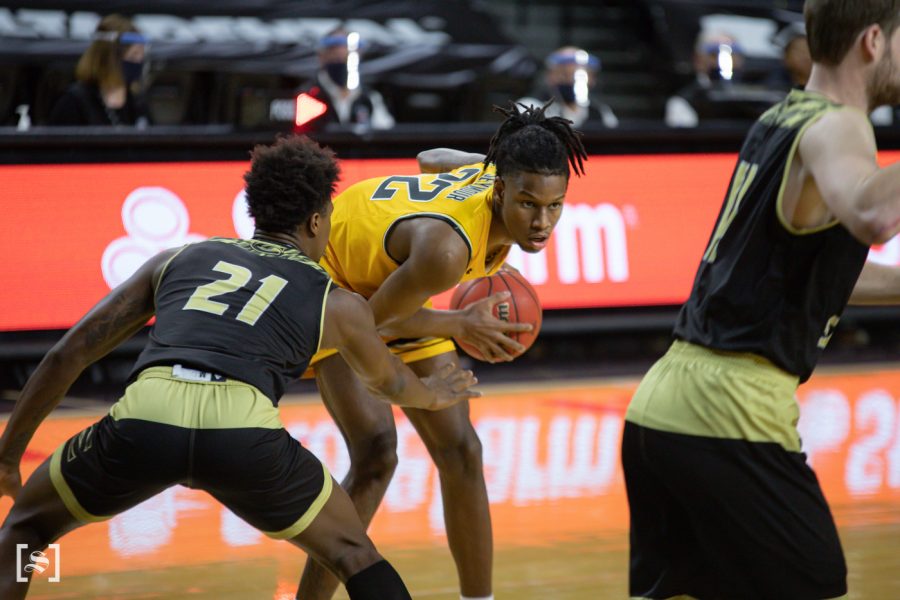 Wichita State freshman Jaden Seymour looks to pass during the game against ESU at Charles Koch Arena on Dec. 18.

Freshman Jaden Seymour has entered the transfer portal, according to Verbal Commits. Seymour becomes the second Shocker to enter the portal today and the fifth since the conclusion of their season.

“Thank you to Wichita State, Coach Brown, Coach Marshall and the entire staff for the opportunity,” Seymour said in a Twitter post.

Seynour appeared in six games with WSU and finished the season averaging 1.8 points and 1.0 rebounds per game.

The Shockers now have five scholarships available for next season with Seymour’s decision to transfer. Craig Porter, Jr. will be returning to WSU after putting his name into the portal earlier this offseason, according to a report from the Wichita Eagle.