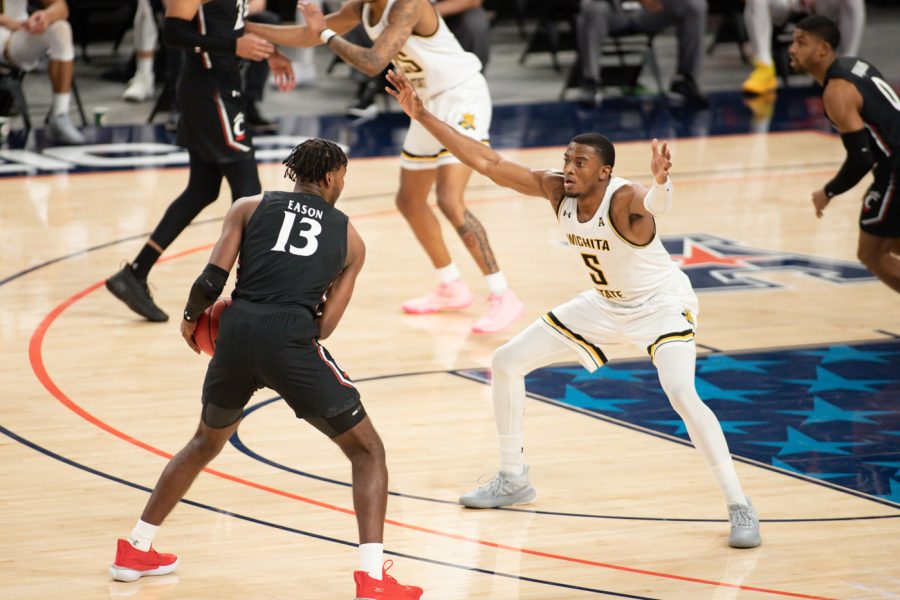 Wichita State senior Trey Wade guards a player during the game against Cincinnati at Dickies Arena on Mar. 13.

Wichita State senior forward Trey Wade will be transferring from Wichita State for his final season of collegiate basketball, he announced on social media Tuesday.

“After careful consideration and taking in as much advice from my family and close friends I’ve decided it’s in my best interest to transfer from Wichita State,” Wade said in the social media post. “One thing I do want to say is thank you to shocker nation as you guys supported me through the ups and downs! You guys are unbelievable!”

Wade arrived at WSU after playing at Texas-El Paso and South Plains College. In his first season as a Shocker, Wade averaged 7.4 points and 5.4 rebounds per game. Wade started 27 of the team’s 31 games, a team-high.

Wade had similar success this past season, averaging 6.7 points per game along with 5.6 rebounds per game.

Wade’s younger brother Trevin joined him in Wichita this season. Trevin announced his commitment to Eastern Kentucky on Monday.

Wade’s transfer does not open up another scholarship for WSU next season. All seniors who choose to return for next season will not count towards the 13-scholarship limit.