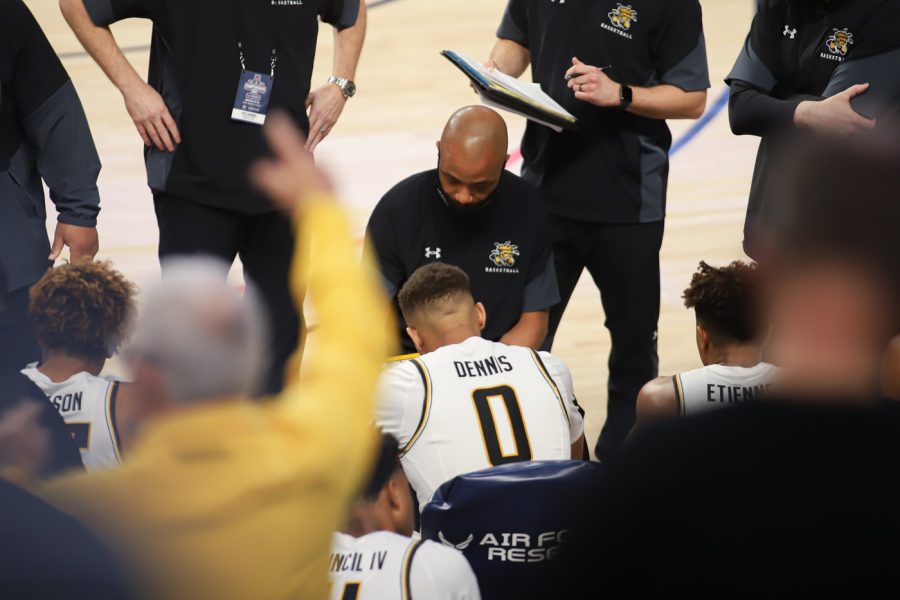 Head Coach Isaac Brown talks to the team during the game against USF at Dickies Arena on Mar. 12.

Wichita State landed its first commitment of the spring recruitment period as junior college prospect Matt McFarlane announced his decision to play for WSU. McFarlane becomes the first recruit to commit during the Isaac Brown Era.

“I would like to thank all the college coaches that recruited me and it was a fun process although that this decision was tough, I’ve decided to commit to Wichita State,” McFarlane said in a social media post.

McFarlane, a 6’10 center, opted for the junior college route coming out of high school and played the past two seasons at Colby Community College. He averaged 10.7 points, 6.8 rebounds and 2.1 blocks per game while shooting 53.7% from the field this past season. McFarlane averaged 11.2 points, 6.4 rebounds and 1.8 blocks, the year prior.

McFarlane adds some much needed depth to the center position after Isaiah Poor Bear-Chandler and Josaphat Bilau entered the transfer portal earlier this week. McFarlane has three years of eligibility remaining at the collegiate level.

With McFarlane’s commitment, the Shockers are down to five scholarships left for the upcoming season. McFarlane can sign with WSU when the spring signing period begins on April 14.