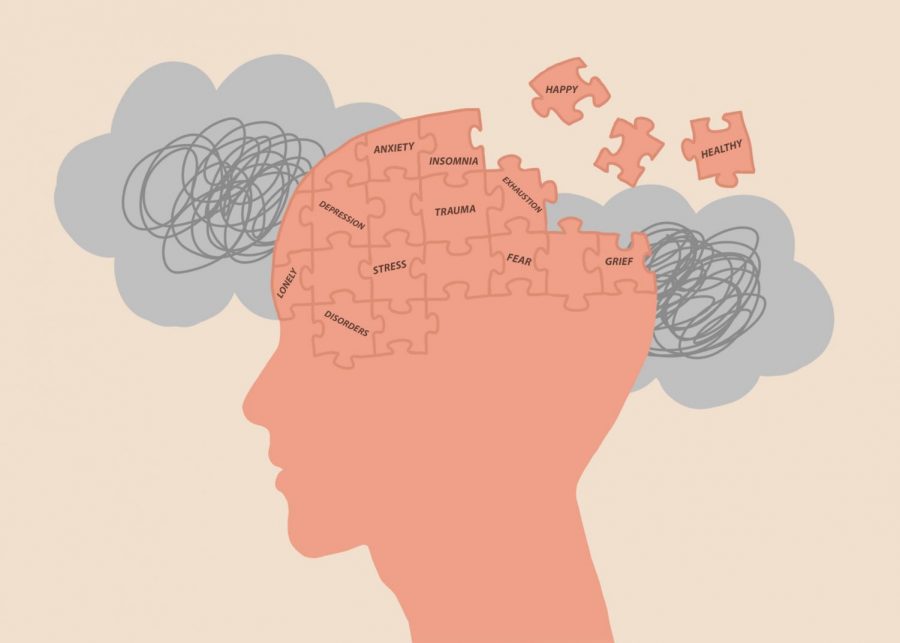 Illustration by Thy Vo / The Sunflower

Mental health has been a recurrent topic among college students the past year.

In a semester with no spring break, many students have experienced extra stress surrounding school work and are feeling buried and behind. These mental health topics have continued to circulate around many areas of the WSU community, including the campus crime log.

According to the campus police crime log, in the period of March 14-24, the police responded to four mental health calls.

The Wichita State campus police department has seen a 1% increase in mental health calls compared to 2020. Campus Police Chief Rodney Clark said this could be due to the less amount of students on campus in 2020.

“In 2020, obviously was one of those years where the pandemic affected students not being on campus a lot,” Clark said. “So naturally you would think our cases would go down, and they did.”

Clark said that every officer is trained to be able to properly identify a case as a mental health emergency.

“Once a citizen makes a call, the police are obligated by law to respond to a call. So then you show up on scene and you investigate,” Clark said. “The police are not doctors, but every police officer in the state of Kansas goes through some kind of mental health training as part of the police academy. So you’re not able to diagnose, but you’re able to tell like, something’s off or something’s not right.”

Clark said that the police department is in constant communication with resources around campus to ensure that students are provided the proper care.

“[After investigating] that’s when you can reach out to further resources, we work with CAPS, we work with the CARE team routinely on trying to address these,” he said.

The university recently announced that they are planning to return to post-pandemic normal starting June 1— which means in-person classes, less remote learning and no COVID-19 safety mandates, like enforced mask-wearing and social distancing guidelines.

Clark said that even if operations are back to normal next semester, it is still hard to predict what that would mean for the number of mental health calls the department will receive.

“I would think it would be a mix,” Clark said. “Some people are happy to come back to classes, because for some people being at home and the isolation and all that they want that in-person experience. There’s some people on the other side of the equation that are more fearful and timid about coming back to campus, it’s a mixed bag.

“If you have both sides, I don’t know which one’s higher. The law of averages is it would even out, and I would think we would go back to pretty much the normal numbers.”