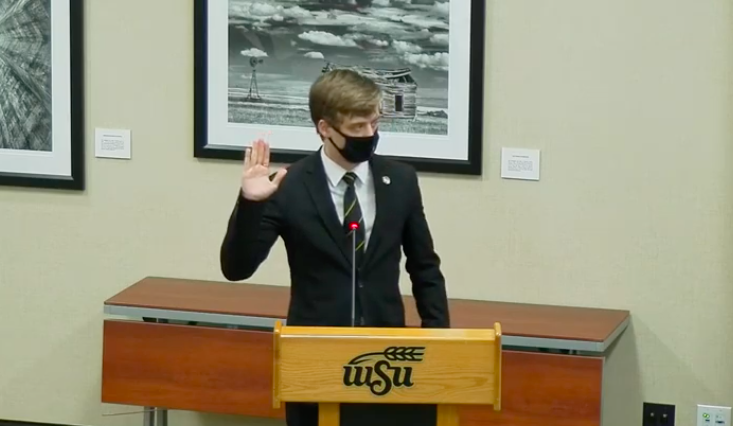 Senator Jacob Tubach is sworn in as speaker of the senate Wednesday.

The Student Senate elected Honors College Senator Jacob Tubach as speaker of the senate during their first meeting of the new session Wednesday.

This is only the second time SGA has had this position. The first speaker of the senate was Sen. Olivia Babin last session.

Tubach has been in Student Government since his freshman year as an Honors Senator. He said his experience being in SGA inspired him to run for the speaker position.

“Someone was always there to help put my ideas in motion,” Tubach said. “And that’s what I want to be for [the senate].”

Tubach said his goals include bettering the senate’s communication.

“I feel that the senate is lacking some cohesion from some senators and I believe communication starts from the top down,” he said.

Tubach also said another concern he has is the current university’s grading system and a lack of an A+.

“It was intended to help students with their GPA, and to be more fair to students,” Tubach said. “Because of the lack of an A+, I feel personally it has not done its job.”