After graduation, senior wants to leave a legacy of empathy 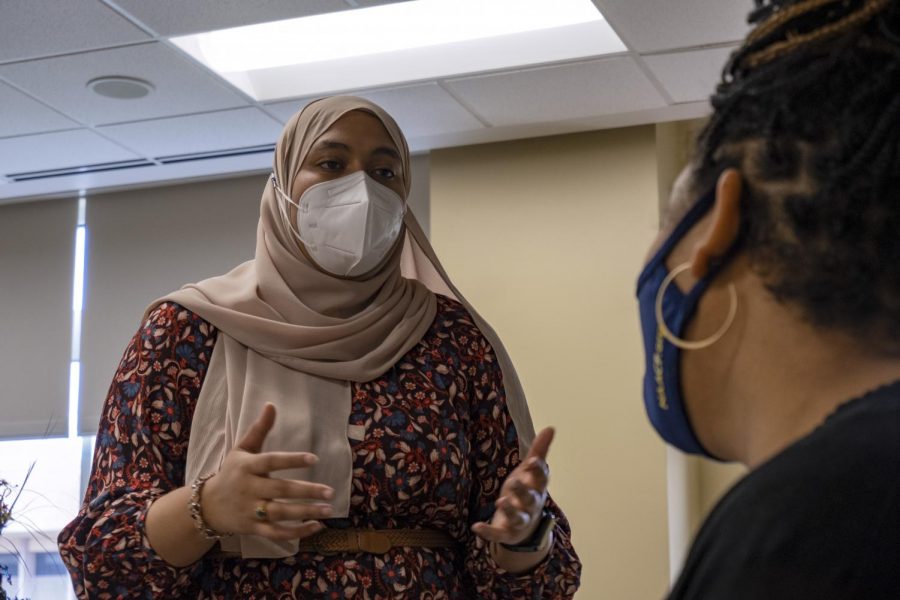 Saniya Ahmed is a senior graduating in May. After graduation, she hopes to pursue her master's in public health.

College is the time for many individuals to find what they’re passionate about. For graduating senior Saniya Ahmed, that passion has always been health and medicine.

The seed was planted at a young age when she saw pictures of malnourished children in other countries.

“I remember I went home that day and told my parents I want to adopt the continent of Africa, and they told me I could not do that, but they did tell me a variety of things I could do to help children in need like becoming a teacher or going into medicine, so I chose medicine,” Ahmed said.

When the COVID-19 pandemic hit, many students found themselves with a lack of motivation. This was not the case for Ahmed. She volunteered through a Medical Reserve Corps to help with the country’s COVID response.  Her volunteer work made her come to new realizations as well.

“It definitely made me realize that I love working with children and I should not underestimate myself,” Ahmed said.

Ahmed was presented with two awards this year. The first was the College of Health Professions Schocker Honors Service and Leadership award.

She also won the Phenomenal Women Award this year in March. This award recognizes women for their accomplishments and contributions to our community through their scholarship, activism and excellence.

“I felt like the nomination was flattering but I really did not think anything of it because of how many amazing women were nominated for the award I never even thought I would win,” Ahmed said. “I was so surprised that when people were congratulating me I thought they were congratulating my nomination, they had to clarify that I had won.”

Ahmed has started many new initiatives during her time at Wichita State, including starting the university’s first Muslim-based sorority.  She founded Mu Delta Alpha at WSU, an organization that is the first Muslim based sorority, outside of the state of Texas, in the nation.

“I wanted to create a space for Muslim women to be so unapologetic in their faith, as something that is not a side note, but is the reason they do everything,” Ahmed said.

Ahmed also served as an ambassador for the Office of Diversity and Inclusion. She said being an ambassador has allowed her to have tough conversations with others about difficult topics.

“I think it’s important to have these conversations about issues that are broader than just ourselves, and uplifting and amplifying voices of marginalized communities, that is always the goal,” Ahmed said.

As Ahmed looks back on her time at WSU she said she feels empowered by the change she has been able to be a part of.

“I used to think I was an idealist, but now looking back, maybe I am not,” Ahmed said. “Maybe I am capable of actually making the change I want to see.”