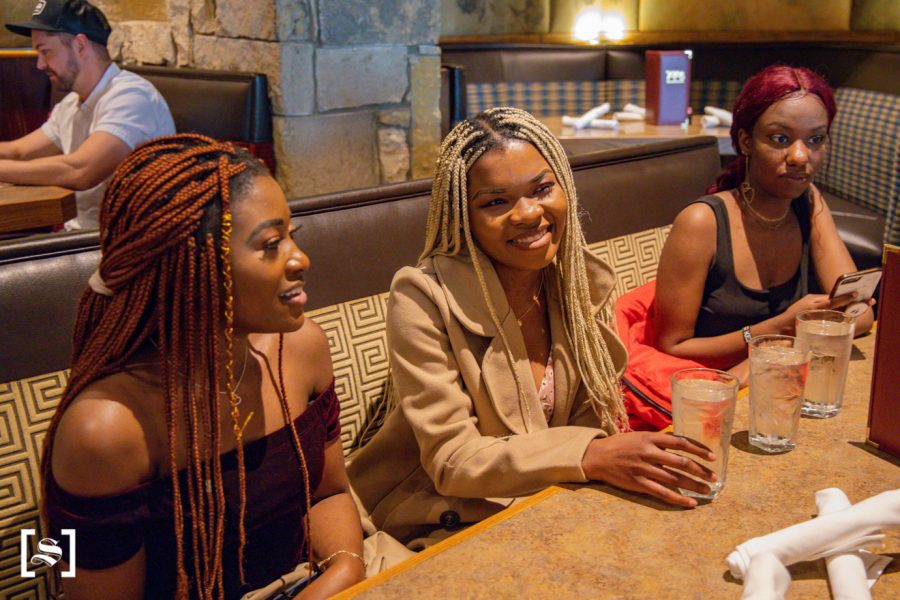 Lucia Agbor spent her childhood in her home country of Cameroon. She was raised until the age of seven with her grandma, uncle, aunt, and brother in the central West African country. She then moved to the U.S. to join her father, who was already living and working in the United States.

“I really didn’t like the school system in Africa,” she said. “The teachers were able to whoop you if you were bad. And you had to shave your head and wear a uniform. They wanted everyone to be the same.”

While she doesn’t know much about the behind-the-scenes work that went into securing her a place in America, for her, it was a pretty easy trek. She complained to her family about her dislike of school in Cameroon.

“Before I knew it, I was on a plane for America,” she said.

She went to middle school and high school in Kansas City before beginning a degree program at Wichita State in criminal justice. She graduated from Shawnee Mission Northwest before making her way to Wichita.

She said she toured KU and Emporia State but felt at home on WSU’s campus.

“WSU had my major, and it was a perfect size,” she said. “KU was too big. Emporia was too small, and Wichita was just right.”

Now Agbor hopes to pursue a career in corporate law. She said she’s trying to get an internship with the Chief Investigator in Wichita.

“At first, I wanted to be a social worker but decided that criminal justice was a better route,” she said.

Agbor is involved in Phenomenal Women at WSU, Multicultural Student Success and worked as the Black Academic Honor Society secretary before assuming her current role as vice president of the group.

But Agbor’s passion is domestic violence advocacy. She said she had friends in high school whose mothers were in abusive relationships. She said when she was younger, she didn’t know how to help them. It made her feel powerless. But she spent her time at WSU learning about domestic violence, the law, and advocacy.

“As I got older, I got really passionate and involved in this,” she said. “I don’t feel as helpless now.”

She hopes to work in corporate law and raise a lot of money doing that work to one day establish her own domestic violence foundation.

“Everything takes money, and this seems like the best route to earn a lot of money so I can help people. That’s my ultimate goal,” she said.

She said she understands that there are a lot of challenges for women all over the world. Women from her home country face challenges that the average American can’t fathom, however.

“I know what it means to come from a third-world country. I know poverty and sexism. It’s definitely what drives me,” she said.

She said she also knows that other students from Africa are being pushed into fields of study that they may not be passionate about.

“In the African community, they’re always encouraged to go into medicine and law. Students from Africa should focus on what they want to do,” she said. “Stick with what makes you happy so that it’s not a chore; it’s a passion.”