Senior taking steps to make it in the filmmaking industry 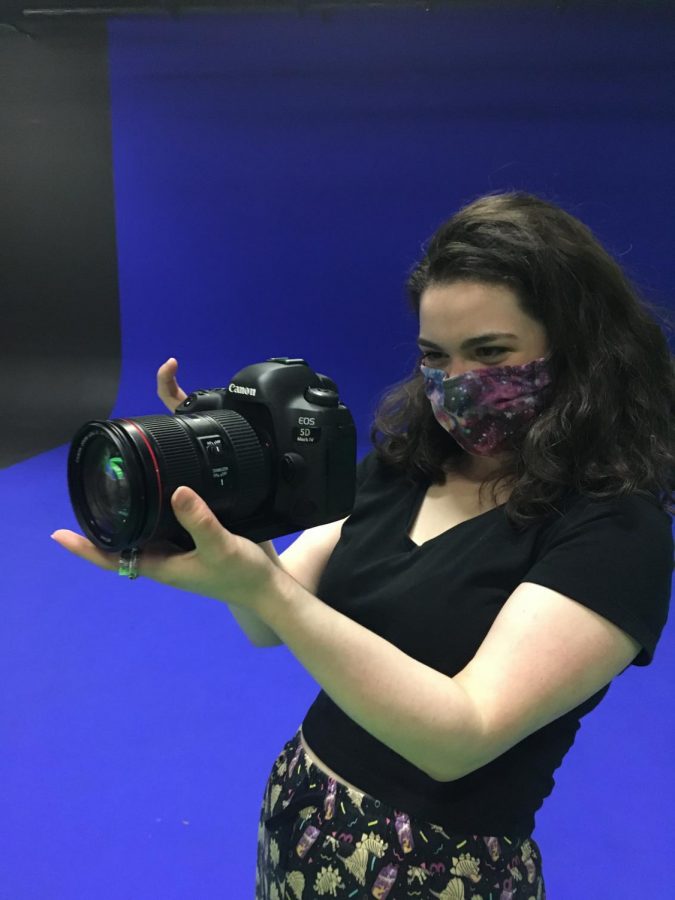 Olivia Gonzalez points a camera at the action to get the perfect look.

For some, creating and writing is a difficult task. For others, it comes easy.

Olivia Gonzalaz’s passion is to use her creativity to scriptwrite and then bring those scripts into reality. She started her journey at Wichita State University in 2016 thinking she was going to transfer after her general education courses.

However, WSU built their media arts program and opened it up after her first year. Gonzalez saw an opportunity and went for it.

“We didn’t know how it was going to go,” Gonzalez said.

Even though they didn’t have everything in place, Gonzalez knew it was the place for her.

“I won’t lie, I have amazing classmates and I can’t imagine being somewhere else,” Gonzalez said.

Gonzalez said that not only has she grew her passion through the program, but she has also found a community of people who help her grow into her art.

During her senior year, one of her classes required her to create a feature length project. She chose to write a script running a little under 150 pages. She had students and faculty look over and critique it.

“The ability to fail while I’m here in college and have the resources like faculty, helped make things a positive experience,” Gonzalez said.

Even though Gonzalez doesn’t know if that project will ever be produced, she is proud of all that she’s accomplished here at WSU.

Gaining hands-on experience is important for Gonzalez. She has worked on projects with other areas in the media arts and pitched her own ideas and had them selected to be produced. She even has a freelance job set up with WSU where she is working on a project for the African American Museum.

“I’ve been in school for five years but it also feels like ‘have I learned enough?’ I’m never going to stop learning,” Gonzalez said. “After this, there’s no safety net, all I’ll have is the experiences and opportunities that prepared me.

”When it comes to Gonzalez’s future, she said it’s all up in the air.

“I would love to have money and connections to write and produce what I am creating now,” she said. “However, I’m made to think about how can I make it with the resources I have now.”

In a male dominated industry, Gonzalez was surprised to find so many fantastic women in the program with her.

“I honestly think I’ve learned so many students are women in an industry that’s male dominated,” Gonzalez said. “Getting to work with females and consume their work is a super valuable experience. There are so many talented women It’s so awesome to see women want to do this work and succeed.”