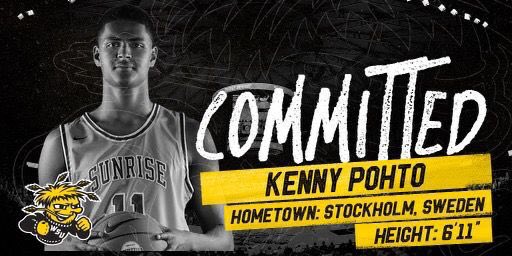 High school prospect Kenny Pohto announced his decision to become a Shocker Tuesday, making him the third recruitment during the spring recruitment period.

Pohto, a 6’11 center, most recently played at nearby Sunrise Christian Academy. Pohto originally committed to and signed with Minnesota this past November but decomitted following the firing of former head coach Richard Pitino earlier this offseason.

Pohto is the No. 142 player in the country and the fourth best prospect in the state of Kansas, according to 247Sports. Pohto is now the third center on WSU’s roster, helping to replace the depatures of Isaiah Poor Bear-Chandler and Josaphat Bilau.

With Pohto’s commitment, the Shockers are down to two scholarships left for the upcoming season.