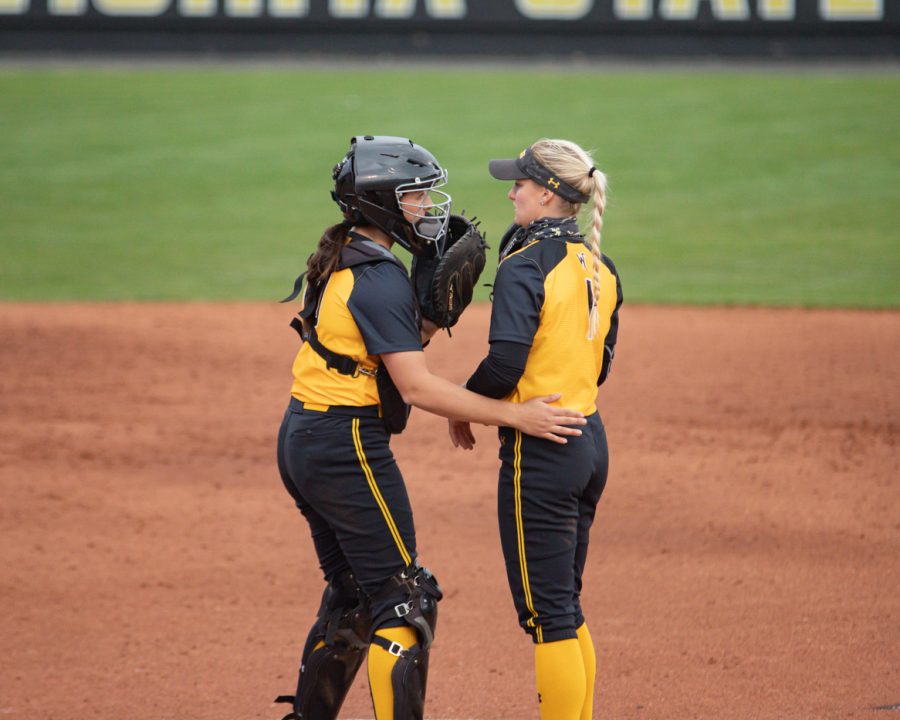 The Wichita State softball team has six seniors on their team this season, three of those seniors were able to gain an extra year of eligibility due to their season being cancelled early last year to COVID-19. The seniors that were able to come back are senior pitcher Bailey Lange, senior catcher Madison Perrigan, and senior third baseman Ryleigh Buck.

Buck spoke for all three seniors in the sense that getting their season canceled last year was not a great ending to their college softball careers.

“I think it was a no brainer kind of for all three of us,” Buck said. “I think things didn’t really end the way we wanted to just with the season getting taken away, so we really wanted an opportunity just to play again.  It’s just easy to say yes to come back for one more round.”

Lange said she didn’t really have any plans after her senior year so focusing on softball was an easy decision for her.

“I originally was going to go to grad school somewhere, but I didn’t really have anything lined up,” Lange said. “I mean it was an easy yes to not grow up and play another year of softball.”

Perrigan wanted to be able to live out her hopes of playing four years of college softball, and finally reaching the end goal of her career.

“Getting the season cut short last year and just always wanting to have that senior year because ultimately whenever I got to college that’s what I could think about was having that senior year,” Perrigan said. “Going through all four years in this program.. so I wanted to make sure I finished what I started here.”

The softball team has had a successful season this year. Some players have broken school records, they’ve been placed in the top 25 national softball rankings  and sometimes run – ruling teams, or shutting them out.

With already getting an opportunity to come back and play another year of softball, the girls expressed how awesome it is to have an exciting season. Each player said they knew that this year’s team was talented and that they knew what it took to win a lot of games.

“We knew how much talent this team had so just hoping that that’s what we could prove on the field,” Perrigan said. “Seeing us get top 25 wins and getting in the top 25 rankings, and breaking school records is just amazing, and I couldn’t ask for a better team to finish my career out on.”

Buck said that with the season coming to a close, it is bittersweet knowing that their collegiate careers could be ending soon.

“It’s a little bit bittersweet,” Buck said. “It’s kind of hitting just to see all the friendships that have been built and all the relationships, and all the memories that we made from softball whether it’s growing up in travel ball or here at Wichita State now..seeing that all come to an end, but I mean it’s exciting. I think we’ve had a great time here all three of us, we’ve become great friends.