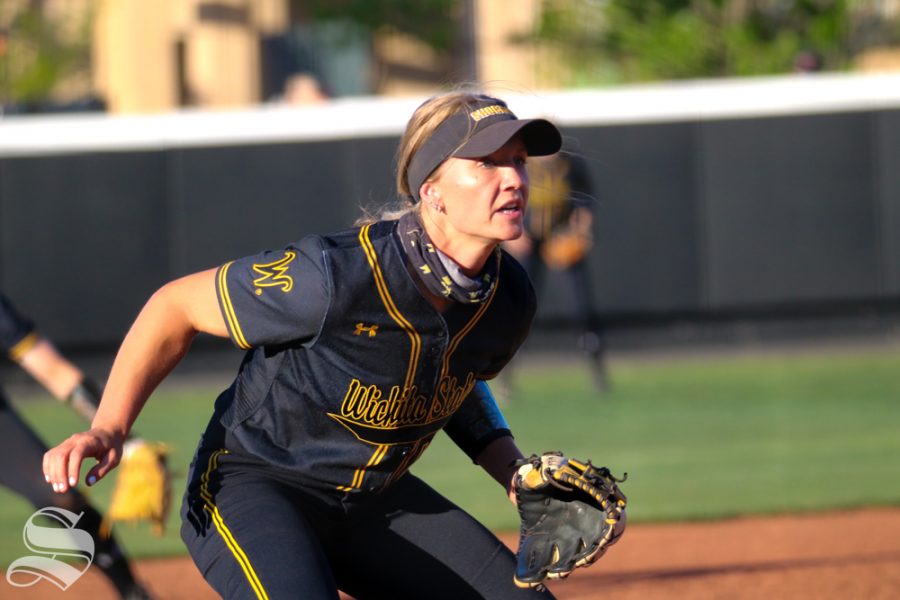 Wichita State, senior Ryeilgh Buck watches the ball during a game against University of Oklahoma at Wilkins Stadium on April 4

Head Coach Kristi Bredbenner gave her thoughts on the Shockers loss to the Sooners.

“I think this team is gutsy,” Bredbenner said. “I think there is a lot of positives about our offense. Our defense, our pitching we are going to focus, and get back on track in the circle these next few days. Defensively, we’ve gotta firm up a couple things, you know offensively we’ve gotta do a better job of attacking pitches and sticking with our game plan, but, you know, those are just the takeaways from today.”

Bredbenner said that this team is capable of playing with anyone. She said the Shockers play nationally ranked teams outside of their conference in order to get ready for postseason play.

“I think they are a post season team,” Bredbenner said. “They are competitive and on any given day they can beat anybody. The biggest thing we are going to take away is that we might see them in the next few weeks in a regional.”

Wichita State will begin post season play by competing in the American Athletic Conference Championship on Thursday, May 13-Sunday May 15.