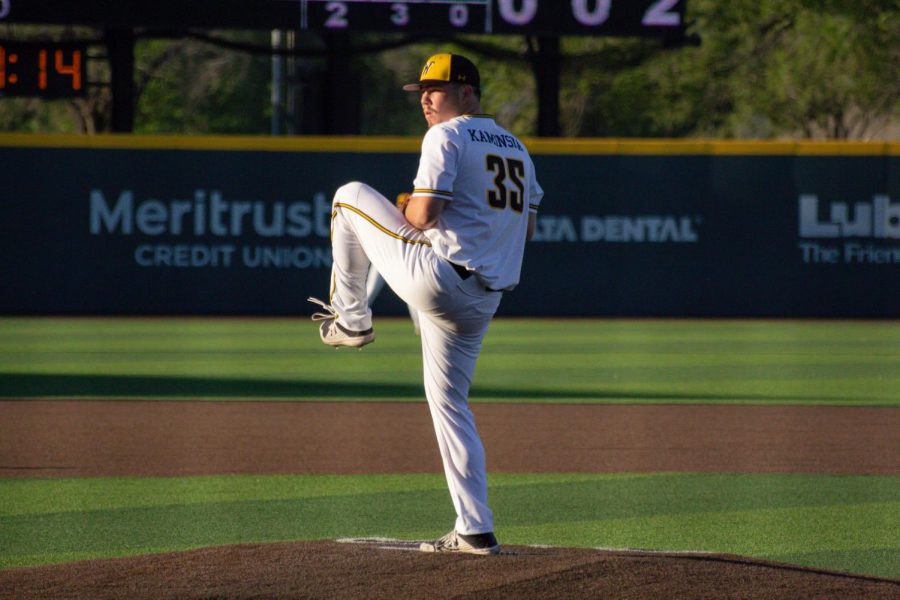 The Wichita State baseball team opened up its series against Central Florida with a doubleheader on Friday in Orlando. Both teams earned a win in Friday’s games to start the series.

The Shockers jumped out to an early 2-0 lead after two innings of play. Sophomore Jack Sigrist launched his second home run of the season in the top of the third, to increase the Shockers’ advantage. Sigrist also scored WSU’s first run of the game on a sacrifice fly from Corrigan Bartlett.

E3 | Here’s a look at Jack Sigrist’s (@JackSigrist) homer that put the Shockers up 2-0.

Senior Preston Snavely struggled to hold the lead for WSU and gave up four earned runs in 4.1 innings pitched. The Knights would tack on two more runs after Snavely’s exit, before picking up a 6-3 victory in game one of the series. Snavely suffered his fifth loss on the season, while Hunter Patteson picked up the victory for the Knights.

The Shocker offense clicked in the second game, as WSU run-ruled UCF 11-1 in eight innings. Hunter Gibson got the scoring starting for WSU in the top of the first inning, as he launched a three-run homer, to give the Shockers an early 3-0 lead. WSU would tack on another run in the inning on an RBI single from freshman Chuck Ingram.

Wichita State has an early 6-0 lead against UCF in the second game of the doubleheader. Three of those runs came on a three-run homer from Hunter Gibson (@HunterGibson34) in the first.

Shockers now have the bases loaded with two outs in the second. pic.twitter.com/WtD014DnxP

WSU put the game away in the top of the eight, as they hit three more home runs. Sigrist launched his second homer of the day, giving him three on the season. Gibson followed suit with a two-run homer and his second of the day. Then, Corrigan Bartlett hit a solo home run the ensuing at-bat after Gibson.

Freshman Jace Kaminska continued his hot start for WSU and collected his sixth win of the season. Kaminska pitched six innings while giving up one earned run and five hits. Kaminska also tallied six strikeouts in the win.

The Shockers will be back in action against the Knights on Saturday for game three of the series. First pitch is slated for 3 p.m. inside UCF’s John Euliano Park.