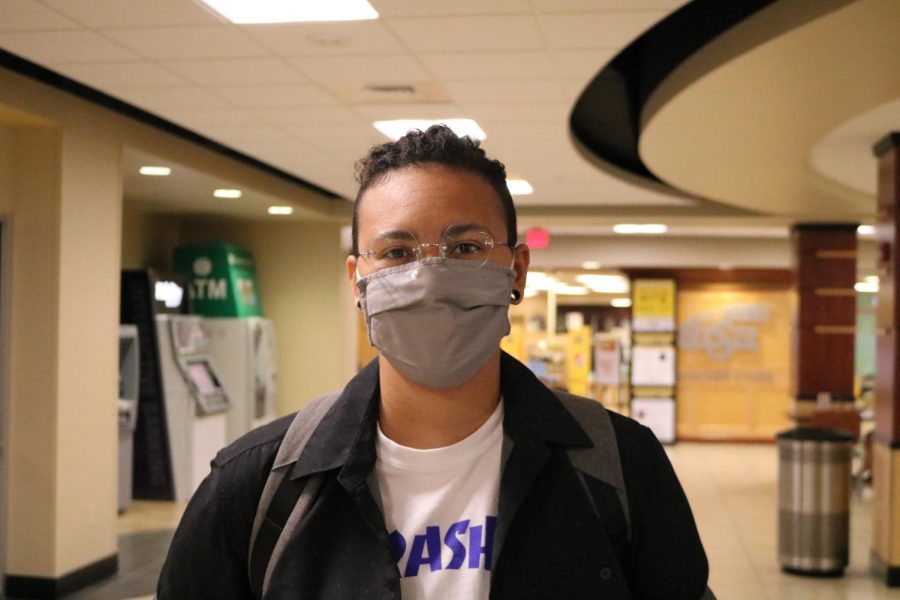 Courtney Minor poses for a photo in the Rhatigan Student Center.

The hope of teaching philosophy some day will become one step closer after Courtney Minor graduates from Wichita State University this May. After graduation, she will attend UCLA and enter into their philosophy Ph.D. program. She will also be a first generation graduate student in UCLA’s philosophy program.

Minor said she chose UCLA due to the solid philosophy program they have. When asked about why she specifically wants to get her doctorate, she said it has a lot to do with wanting to teach philosophy.

Before attending Wichita State, Minor attended Hutchinson Community College. While attending community college she was a business major to begin. However, she decided to take some philosophy classes while there, and found it really interesting.

“I got really interested in the subject matter, so I switched when I got here,” Minor said.“I chose it because it was challenging, and then once I got going with it, I saw that there was quite a bit I could do with it.”

Minor said that the philosophy program at Wichita State has been vital to her success in feeling comfortable to apply for graduate school.

“Everybody in the philosophy department is always extremely helpful,” Minor said. “Without a lot of them I probably wouldn’t have made it through the graduate application process ..just kind of feeling comfortable doing grad level work and research projects, I had a lot of help from different people.”

Minor said she is passionate about philosophy because it can be found everywhere.

“With philosophy you are going to find it everywhere,” Minor said. “You know as technology advances like we constantly need to know right is everything we are doing okay? It’s not necessarily like your engineers or your computer science people that answer the questions. It’s your philosophers. Philosophy has always been there to sort out issues like ethical issues, and law and politics.”