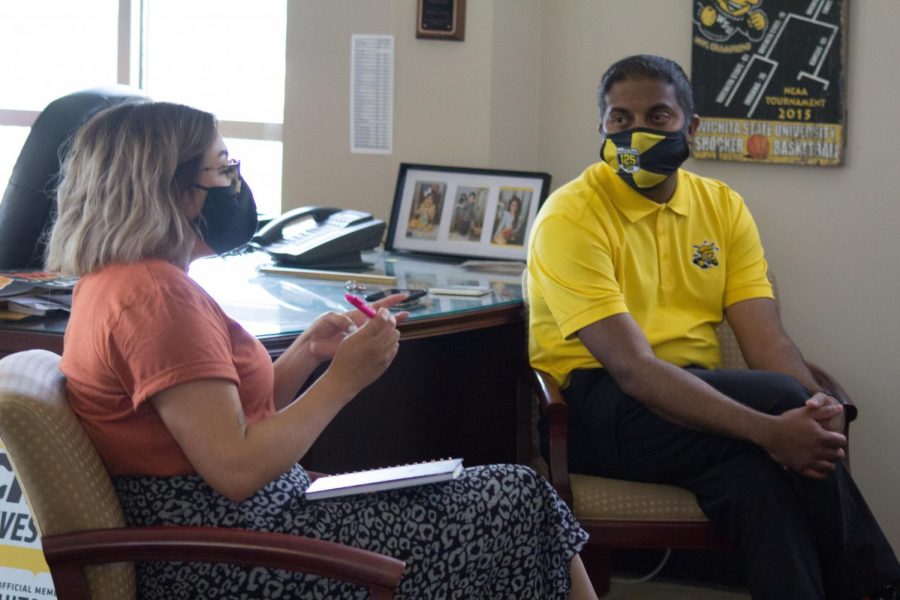 Conversations about the event started when Lizeth Ortega was hired as WSU’s diversity recruiter, which was a position paid for by a gift from donors Gene and Yolanda Camarena.

“They came forward with a gift to do many things at the institution, one of which was actually to fund this new position that Lizeth is now in,” Assistant Vice President and Director of Admissions Bobby Gandu said. “We had a lot of ideas and things we wanted to do before we even knew who was going to be in the role.”

Gandu said that Ortega was already working on projects similar to the summit and later came to him with the idea of holding an entire conference.

Ortega said that the summit was heavily built around the needs she saw being a part of the hispanic community.

“One of the biggest things I think is just making sure that students know college is attainable and what it takes to be able to get enrolled in admissions, it’s a big process for so many students,” Ortega said.

The admissions team is especially focusing on exposing incoming students to leadership organizations, including the Hispanic American Leadership Organization and the Student Government Association.

“I really wanted to get the students exposed to a lot of different organizations on campus, including diverse ones,” Ortega said. “And just that they have the proper resources to see once they get here.

“It’s not just about getting students admitted or getting them to come here, it’s about making sure they’re successful once they’re here.”

Gandu said that even though the concept of recruiting students from diverse backgrounds isn’t new, admissions needs to continue until the university fully represents the community it serves.

“It’s really important to our institution because if we think about our mission to serve our south central Kansas population, particularly in our community here in Wichita, it’s very diverse,” Gandu said.

Currently 14% of WSU undergraduate students are hispanic. If the university reaches 15%, they will receive the title of an Emerging Hispanic Serving Institution.

“I think we want to be really representative of the community from where we come from, which has a big Hispanic population,” Ortega said.

Gandu said that he is focused on providing admissions with the proper funds to keep the summit a yearly event.

“I’m committed to making sure that the resources are there,” he said. “We didn’t really budget a year in advance for this activity this time last year because we didn’t really know it was going to happen. But that being said, I will carve out the resources to make this successful, not just for this year, but next year as well.”

Students can register at wichita.edu\visit through the “Latino Impact Summit” tab.