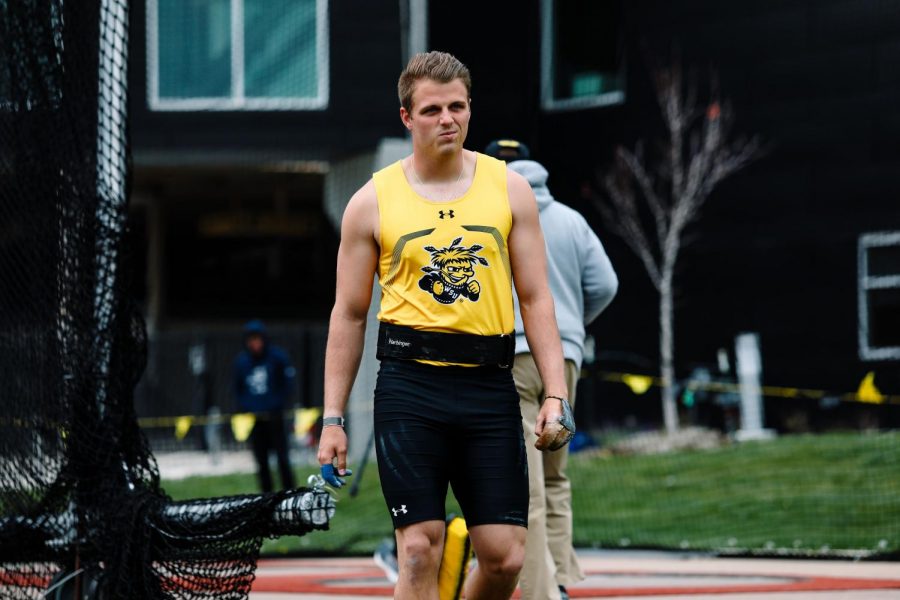 Antonio Norman and Michael Bryan wrapped up their seasons with each earning Second Team All-American honors at the NCAA Championships on Wednesday in Eugene, Oregon.

Director of Track and Field Steve Rainbolt said that he was proud of the performances of both of the athletes.

“These two guys both had remarkable collegiate seasons,” Rainbolt said in a release. “To finish off the Championship season with each of them achieving second team All-American status was absolutely fabulous. It’s a very proud day for Shocker Track and Field.”

Antonio Norman (@Twann655) finishes in seventh place during the third heat of the 110-meter hurdles, ending his season.

Norman made the transition to the 110-meter hurdles this season and will finish the season as a Second-Team All-American. pic.twitter.com/uiWArNv65n

In Norman’s first full outdoor season with the Shockers since transferring from Lindenwood University, he was introduced to the 110-meter hurdles. Norman had times under 14 minutes in all nine events this season. He also took third place in the AAC Championships, earning himself all-conference honors.

Norman said a big reason for his success in this transition was a switch to a seven-step approach.

“It was a big adjustment because normally I’m an eight-stepper and then, coach (Rainbolt) had switched me to doing seven steps,” Norman said. “But switching helped me a whole lot, taking longer, powerful, more steps got me to the hurdle right where I needed. It allowed me to get over quick and efficient.”

Bryan continued his successful season and finished in 12th place in the hammer throw, with a mark of 70.08m/229-11. Bryan had the fourth best distance in Flight 1, but ultimately fell three spots away from advancing to the next round.

Michael Bryan (@michaelbryan256) throws his longest one of the day for 70.08 m and now sits in fourth place in Flight 1.

If Bryan can stay in the top-nine after Flight 2, he will advance for three more throws. pic.twitter.com/GrDaoZumIp

Bryan broke the school record in the hammer throw four times just two years after being cut from the roster. He threw the hammer for a distance of at least 70 meters four different times this season, including the NCAA Championships. Bryan also earned all-conference honors with a second place finish at the AAC Championships and grabbed four individual victories this season.

After Bryan’s first season with WSU, Bryan approached throwing coach John Hetzendorf with a goal of 70-80 meters. Hetzendorf initially laughed at Bryan but told him he needed to be obsessed with the sport, which Bryan took to heart.