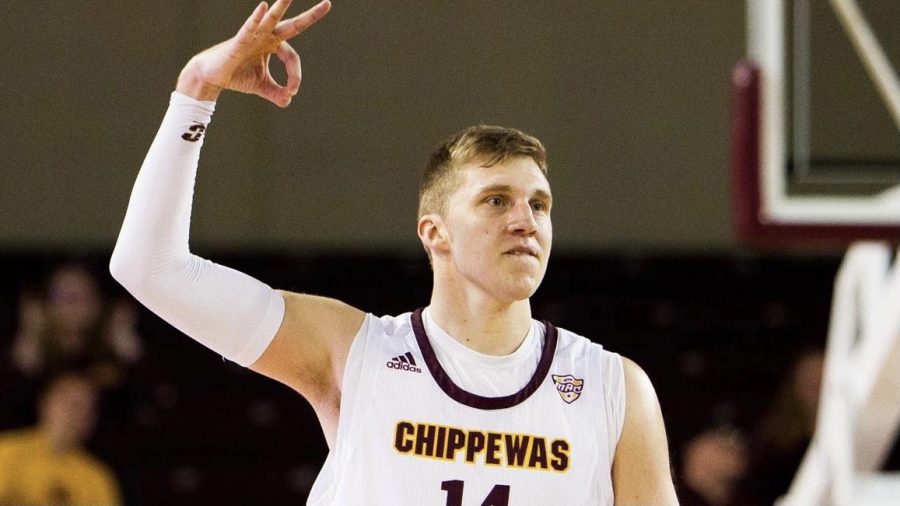 Even though former Central Michigan men’s basketball player David DiLeo has never played with Wichita State, he has joined the Aftershocks, the WSU alumni team, for this summer’s The Basketball Tournament.

DiLeo played four years with the Chippewas where he averaged 11.9 points and 5.4 rebounds per game, prior to playing with former Shocker Conner Frankamp at UCAM Murcia in Spain this past season.

DiLeo said that Frankamp helped introduce him to the opportunity of playing for the AfterShocks.

“By being teammates and everything, we became pretty close friends so we kind of just got to talking,” DiLeo said. “I was talking about wanting to find a TBT team and he had mentioned that they could use another shooter, another player with my skill set. Everything worked out where I was able to join the team for this year.”

This is the first summer that DiLeo is eligible to play in the tournament, with his collegiate eligibility now wrapped.

DiLeo said he is excited to play in it this year after watching it as a fan for the past couple years.

When the tournament came to Wichita in 2019, they broke the all-time regional four day record for attendance – bringing in 20,000 fans. Opening night drew a TBT record crowd of 7,184 fans.

DiLeo said that he is excited to make his TBT debut in front of the Wichita fanbase.

“Once I was able to join the AfterShocks, I remember watching them play at home a couple years ago and that crowd turnout that they got, the environment seemed so fun to play in,” DiLeo said. “The fans just seemed so supportive, showing up for their games and especially after a year of no fans. I’m just so excited to experience the Wichita fans in person.”

DiLeo said that the team has formed a group chat in hopes of forming team chemistry.

“We’re kind of building chemistry through that,” DiLeo said. “Once we get to Wichita, I’ll obviously meet them in person and we’ll continue to build chemistry and hopefully that translates to good team chemistry on the court and that turns into some wins and we can make a run at this thing.”

On Monday, the TBT bracket was released, where the AfterShocks were awarded with the No. 2 seed in the Wichita Regional.

DiLeo said it is important for them not to overlook any opponent because of the amount of upsets in previous years.

“I’ve noticed there’s plenty of upsets even more so than the NCAA Tournament that these seeds really don’t matter too much,” DiLeo said. “It’s just whoever shows up to play on that day or finishes the game out. I’m actually interested to play in the Elam Ending that TBT’s known for.”

The No. 2 seed AfterShocks will take on the No. 15 seed Ex-Pats (Patriot League alumni) in a first-round matchup of the Wichita Regional on Friday, July 16 at 8 pm CT.

“There’s no easy games in TBT and just seeing our opponent and the schedule, it just means we’re getting close to the time and I couldn’t be more excited to get there and play in Koch Arena.”