Marty: The top 5 Shocker sports moments from the 2020-21 school year 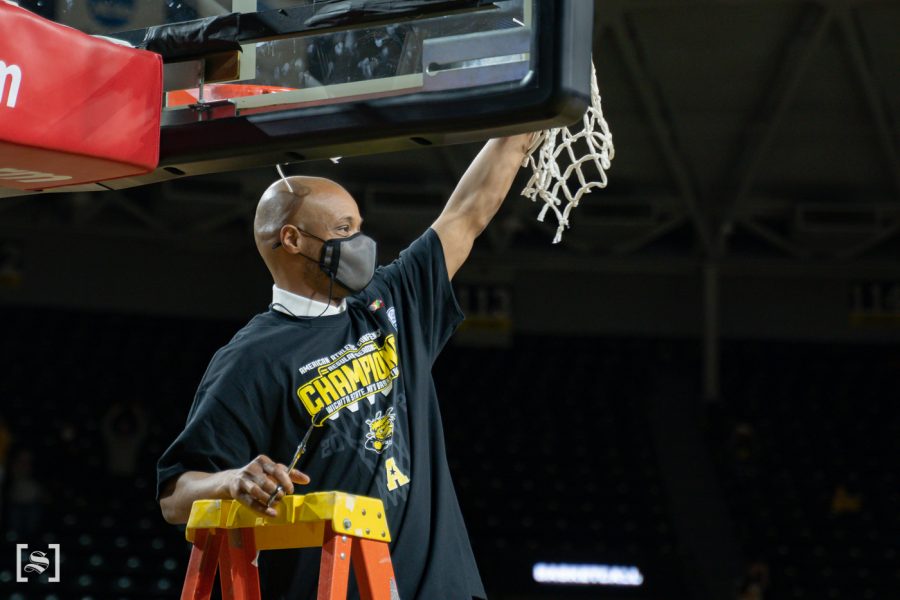 The 2020-21 school year brought challenges to Wichita State Athletics, which included constant COVID-19 tests and game cancellations. But through it all, the Shocker Athletics had one of its most successful seasons to date.

After a season filled with adversity for Wichita State, the Shockers made their return to the NCAA Tournament along with capturing their first regular season conference title.

The Shockers finished the season with a 16-6 record and a 11-2 record in AAC play. In the preseason, WSU had no players picked for an all-conference team and were picked to finish seventh in the conference. In the end, the Shockers were able to capture its first AAC title since joining the conference, while being led by Co-Player of the Year Tyson Etienne.

Before the season started, six players transferred out of the program, former head coach Gregg Marshall resigned amid allegations of abuse and COVID-19 complications kept them from competing in their season-opening tournament. But despite everything surrounding the program, WSU overcame that and turned in a historic season.

2. Michael Bryan’s journey from off the roster to All-American

Bryan was originally left off the roster with WSU two years ago but ultimately had a record-breaking season this year. Bryan broke the school record four different times in the hammer throw and also received all-conference honors.

His season wrapped up at the NCAA Championships where he finished 30 centimeters away from advancing to the finals of the event. Bryan was awarded with Second Team All-American honors for his performance.

Koskei finished the six-kilometer course in 20:29.24, holding off Tulsa’s Caitlin Kopfler (20:53.89) by just over 24 seconds. Koskei is also the first Shocker to win three individual titles and wrapped up her season with a 125th place finish at the NCAA Championships.

4. Softball’s historic season ends with conference title and a return to the NCAA Tournament

Softball’s 2021 season was possibly the best in school history. The Shockers made their second appearance in an NCAA Regional Final but their same came to a close, losing to the eventual national champion Oklahoma.

The Shockers finished the year with a 41-13-1 record along with a 75.5 winning percentage, the best in program history. WSU also hit the most home runs in program history and conference history, with 103 homers. That mark was 44 more than the previous program record which was set in 2018.

The WSU men’s tennis team had a season to remember this past season, earning their first ever at-large bid to the NCAA Tournament. Prior to that, all other trips to the NCAA’s were automatic bids.

WSU reached No. 29 in the rankings, which is the highest in the Danny Bryan Era and in the modern era of the ITA poll. Merkel Dellien also became the first Shocker to earn a trip to the NCAA Singles Tournament.