Tyson Etienne pulls name out of NBA Draft, will return to WSU next season 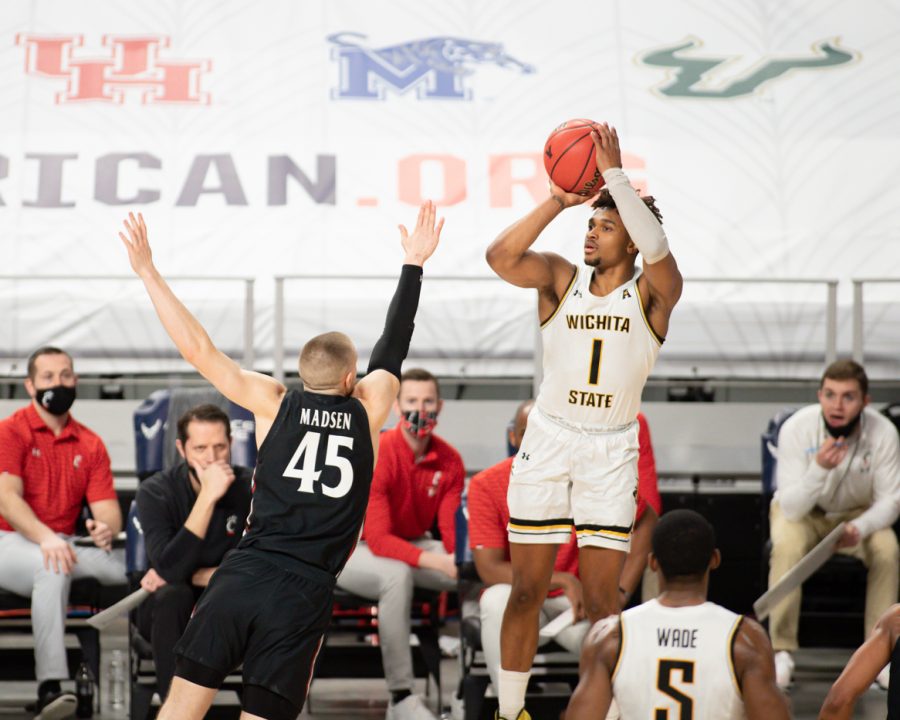 Wichita State sophomore Tyson Etienne goes for a jumper during the game against Cincinnati at Dickies Arena on Mar. 13.

Wichita State sophomore guard Tyson Etienne will opt out of the NBA Draft and return to WSU for next season, he announced Wednesday. This comes after Etienne entered the NBA Draft earlier this offseason.

Etienne had previously signed with Beyond Athlete Management, but maintained his collegiate eligibility throughout the process.

Etienne has stood out due to his work ethic since arriving at WSU as a freshman. He quickly became one of the top-scoring options for WSU and averaged 9.4 points on 38.8% shooting in the 2019-20 season. Etienne’s 62 threes were the second-most by a WSU freshman.

Etienne took a big leap in his sophomore season, when he averaged 16.3 points and 3.4 rebounds per game on 37.1% shooting from the floor, while also earning American Athletic Conference Co-Player of the Year. He also shot 39.2% from three-point range and a school record 2.95 three-pointers per game.

Etienne said in a press conference after winning AAC Co-Player of the Year that his work in the offseason paid dividends for his breakout sophomore season.

For now, Landry Shamet will remain the most recent Shocker to be drafted in the NBA Draft.

With Etienne’s decision, WSU has 12 of its 13 scholarships filled for the upcoming season.