‘Be your full self’: ODI discusses creating a campus for LGBTQ students to thrive 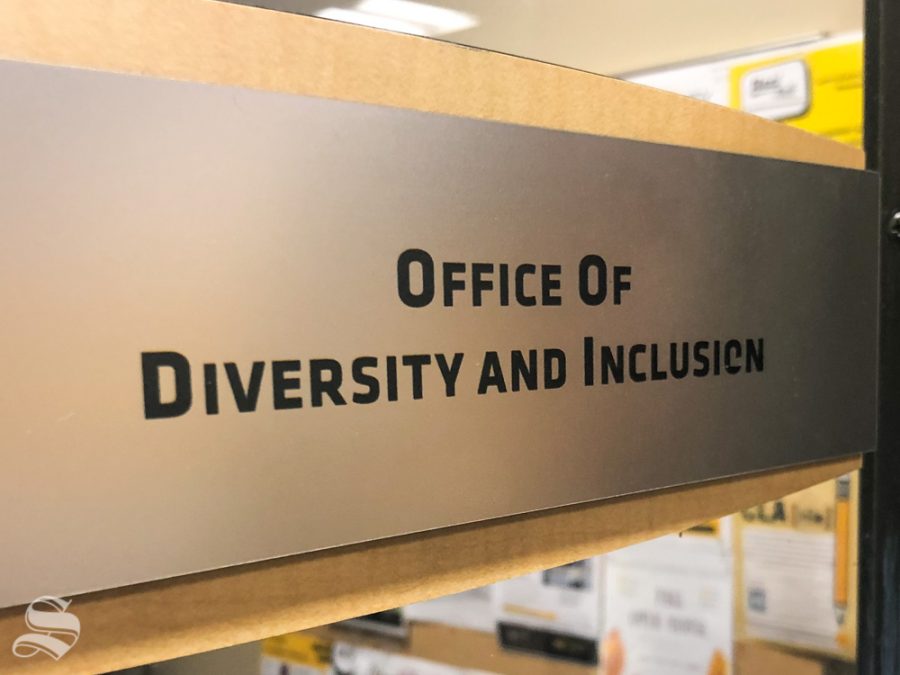 The Office of Diversity and Inclusion works to bring inclusivity to campus. Their office is located on the second floor of the Rhatigan Student Center.

Wichita State University was named the number 1 most affordable, LGBTQ friendly school in Kansas in June and ranked 27th nationally.

Armando Minjarez, coordinator of student diversity programs, said that the Office of Diversity and Inclusion works closely with LGBT students to create an inclusive environment.

“It is one of our primary goals for them to feel welcomed and know that they belong on this campus,” he said. “It brings us pride and joy to know that the university has recognized us not only as being the most welcoming to the LGBTQ population, but also the most affordable.”

A website called Student Loan Hero combined their statistics on affordable universities with Campus Pride, who developed an index to analyze the LGBTQ policies, administrative support, and campus community involvement on different campuses.

Minjarez said that a great example of WSU supporting LGBTQ students is the Richard D. Muma and Rick A. Case Equality Scholarship, which offers financial support to the LGBTQ student population.

“It is my personal goal and desire to continue to create and open up spaces for those students to thrive, to grow with one another, and fully realize themselves,” Minjarez said.

Minjarez said that the Office of Diversity and Inclusion offers programs such as the LGBTQ+ ambassadors, where students are able to get leadership development and take part in shaping programming.

They also create programming that is educational and teaches about the history and contributions of LGBTQ students and the population at large.  The Belonging Plaza, which opened in spring, was created to show LGBTQ students that they are welcome, safe, and their experience is affirmed on campus.

“The Belonging Plaza is a popup sculpture that is there to memoralize different queer icons,” Minjarez said. “Not only are we engaging the larger student population about these different players and trailblazers in the lgbtq community, but it is also visually a very bright, rainbow flag sculpture that offers a visual representation of queer spaces.”

Minjarez said that the leadership is committed to listening to students and making short and long term visions, such as inclusive gender neutral bathrooms or processes for trans/ non binary students to change their names on legal documents.

“There are so many facets that the university is touching and actually analyzing and changing so that students don’t just feel welcome, but they know that they are welcome here,” Minjarez said.

Minjarez said that even though the university is actively trying to be more open and equitable, students are encouraged to continue to talk and speak up about these topics.

“I would say continue to be who you are and be your full self, continue to let us know where we need to improve because it’s an ongoing process … It is our job to listen to those things and do the work,” Minjarez said.

Minjarez said that the Office of Diversity and Inclusion is currently creating programming for the 2021-2022 school year, including social and cultural events, lecturers, and artistic workshops and exhibitions that are open and free to all students.  Go to wichita.edu/odievents to view a calendar of upcoming events.