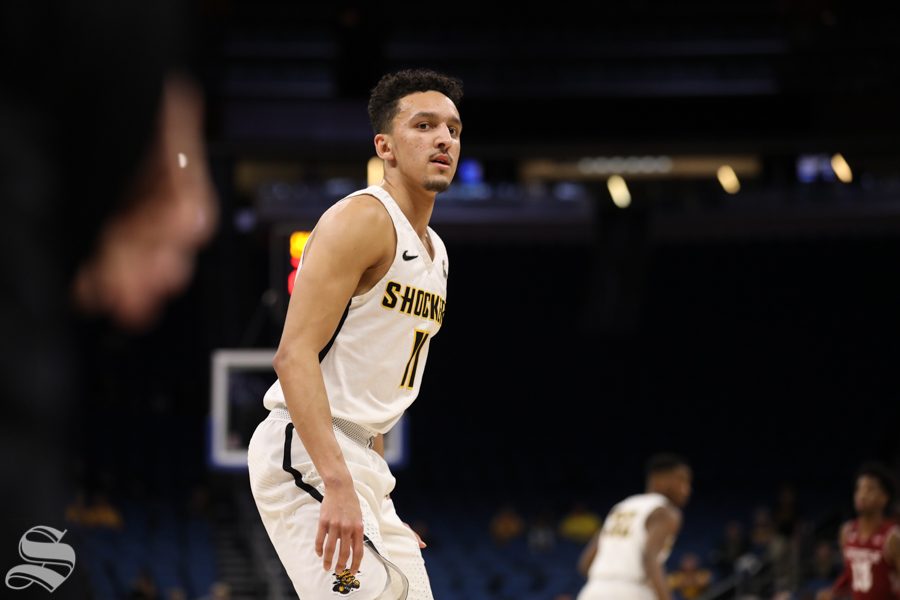 Wichita State guard Landry Shamet looks on during the Shockers victory over Temple in the American Conference Tournament quarter-finals.

Former Wichita State guard Landry Shamet is on the move for the second time in less than a year. The Brooklyn Nets have traded Shamet to the Phoenix Suns, according to a report from ESPN’s Adrian Wojnarowski.

Shamet was included in the Draft Day trade and will join the defending Western Conference Champions. Brooklyn gained Jevon Carter and the No. 29 pick in tonight’s NBA Draft. Shamet is the only piece headed back to the Suns in the trade.

This will be the third time Shamet has been traded since 2018 when he was drafted by the Philadelphia 76ers. Midway through his rookie season, Shamet was traded from the 76ers to the Los Angeles Clippers as part of a blockbuster trade. Last year Shamet was dealt to the Brooklyn Nets during the 2020 NBA Draft.

Shamet is now in the final year of his rookie contract and will make $3.8 million next season. He will be a restricted free agent next offseason.

The 6-foot-4 guard out of Kansas City, Missouri, declared for the NBA following his sophomore season with the Shockers. He is the last former Shocker to be selected in the NBA Draft.