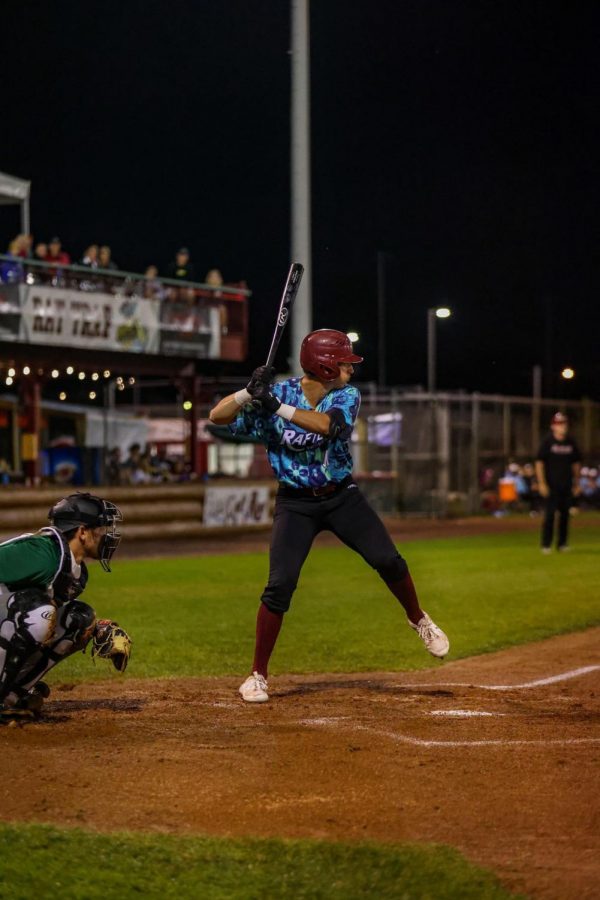 Players from the Wichita State Softball and Baseball Programs took this summer as an opportunity to improve their game by playing in summer collegiate leagues. Each player had something that they took away from their experience.

For Shocker Softball player Neleigh Herring, it was about continuing the trend from two summers ago by getting more time on the field and reps at the plate. Herring has played for the Bradenton Slice in the Florida Gulf Coast League for the past two seasons, and is a first baseman for the Shockers.

“This was a brand new thing that had just started and we just kind of heard about it,” Herring said. “We contacted the guy that actually runs the league and owns some of the teams. It was kind of cool because we had six or seven girls that were from that first team that were still on this team this year so it was cool to see all those girls again and play with them again.”

After the college softball season ends in the spring, some players go back home for the summer. As a result, it is harder for girls to get together and play in game type situations. Herring said the experience of getting more opportunities to play in real games has been important.

“It’s just really given me a lot of extra at bats [and] extra time on the field,” Herring said. “Especially this year, we saw a lot more kids come out for it, we had a lot more teams from all over the country. Big schools, little schools. So to see pitching like that and just to get those at bats, and be able to work on in – game adjustments, you know,  between pitches, what I’m looking for, what my approach is at the plate.”

Erin McDonald is a pitcher for the softball team and played for the Manatee Squeeze which was in the same league as the Slice. McDonald said she loved getting to play with players from many different colleges, including someone from France.

“That’s what I liked is that you went down there and everyone has the same goal of improving their game,” McDonald said. “So no one really cared at the end of the day how good or bad you were so it kind of [was]  go down there and do your best, get better, and you got to meet really cool people along the way.”

McDonald said the way the league was set up, came into her favor when working on her pitching.

“For me just pitching wise I felt like I was able to locate movement pitches better as well as keeping my fastball down and the umpires there they either really helped you or they really hurt you so I just had to focus on hitting my spots, not where the umpires zone was,” McDonald said.”

Couper Cornblum is an outfielder for the Shocker baseball team and played for the Wisconsin Rapids in the Wisconsin Northwoods League over the summer. Cornblum said he decided to play for a similar reason to what the  softball players said – which was to get more reps and game time. He said in the span of a month in a half he played an equivalent amount of games to his regular college baseball season.

“So I decided to play just because I thought it would be good to of course get reps, play more games and just be able to continue the process of building and getting better throughout the year,” Cornblum said.

However, Cornblum also said playing this summer also helped him mature as a player due to playing a consistent amount of games and facing different players everyday.

“Since you’re playing everyday you can’t bring your failures on to the next days,” Cornblum said. “When you do fail, flush it quick and evaluate yourself [and] make changes on how to prepare for the next day, and I think that can lean over and help when it comes to your college season when your dealing with failure, dealing with things that can maybe set you back, but to not take it so hard were your damaging yourself within the season when you can fix things quickly and just move on.

Conner Holden will be a pitcher for the Shockers for the 2022 upcoming season. Holden played for the Upper Valley Nighthawks in the New England Collegiate Baseball League in Vermont.

He said he initially reached out to the Nighthawks due to a connection he had from someone on the team. After reaching out to them, he ended up playing with the Nighthawks for the last three weeks of the season.

He said playing this summer was an opportunity to play more games but also to get prepared to play specifically at Wichita State due to being a transfer from Murray State.

“I got to play with them so those are the first two people I actually met from Wichita after committing so that was really nice getting to actually know some Wichita kids that got to Wichita,” Holden said. “So being able to pitch in that league in that kind of competition [and] I believe took a step up from my previous school. It’ll help me get ready for the competition here at Wichita, hopefully help us out here in this upcoming year.”