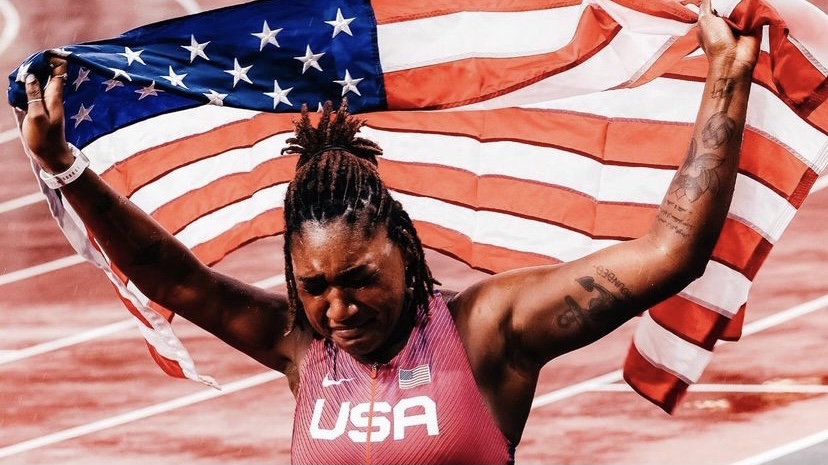 Former Wichita State track and field athlete Deja Young won the bronze medal in the T47 100-meters on Tuesday. Young finished with a time of 12.21 seconds, securing her third place finish in the race.

Young was born with brachial plexus, which caused nerve damage and limited mobility in her right shoulder. Young received a track scholarship to WSU, where she eventually earned All-Conference honors.

“I almost didn’t make it through this season, it was really hard on me mentally, it was really tough,” Young said to NBC Sports after the race. “But I see potential, room to grow, I do better in rounds anyways. I’m going to come back tonight and do what I can do.”

Young will also be racing in the 400-meters starting on Friday. pic.twitter.com/fdev2TiwjX

Coverage of the Paralympics can be seen on NBC, NBCSN and the Olympic Channel. Additional coverage is aired on the NBC Sports app.

“I was a little nervous, we all had a tough year so I wasn’t sure what to expect,” Young said. “Everyone here is nice and accommodating. It feels good to be back in the arena.”