‘We were really the only school that didn’t care about that:’ Former Shocker Deja Young wins bronze medal in Paralympics 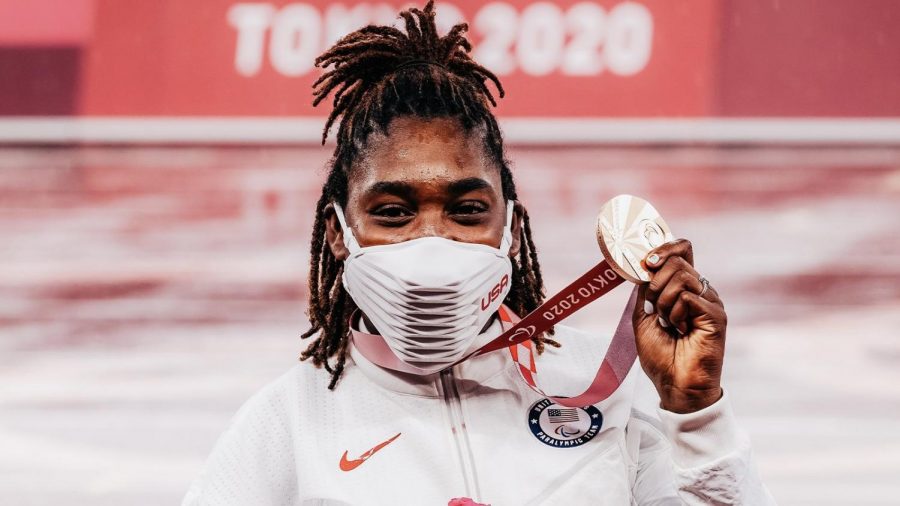 Former Wichita State track and field athlete Deja Young won the bronze medal in the T47 100-meters on Tuesday. Young finished with a time of 12.21 seconds, securing her third place finish in the race.

“It’s very exciting,” WSU Director of Track and Field Steve Rainbolt said. “She certainly has been operating at that level for five or six years now at the very top of the world in her classification. I’m really proud of her. She was an All-American here for us and I’m happy for her.”

Young was born with brachial plexus, which caused nerve damage and limited mobility in her right shoulder. Young received a track scholarship to WSU, where she eventually earned All-Conference honors.

Young earned second-team All-American honors as a member of WSU’s 4×100 meter relay team that finished 16th place at the NCAA Outdoor Track and Field Championship in 2015. She also holds the school record in the 4×100 meter relay (44.30) with teammates Nikki Larch-Miller, Taylor Larch-Miller and Shanice Andrews.

Assistant Director of Track and Field John Wise said that her disability didn’t impact the program deciding to take a chance on her.

“We were really the only school that didn’t care about that,” Wise said. “It was like, ‘she’s fast, it doesn’t matter’. The only thing we had to do because she’s a sprinter we had to put her on one of the certain legs. She was out there at the NCAA meet beating teams that didn’t recruit her.”

Entering her freshman season at WSU, Young was unaware about the Paralympics. Ultimately, a coach from Texas-Arlington brought it up to Wise to see if she would qualify for it.

“It turned out she was eligible and that was the start of it,” Wise said. “She had success right away, she won a world title right away. It’s been a great experience for her because she’s found a different community of acceptance there.”

Young was able to earn a first place finish at the US Paralympic National Championships, before earning two gold medals at the 2016 Paralympic Games in Rio, with Wise helping to train her. Young competed at various Paralympic events during her WSU career, which concluded in 2018.

Wise said that Young’s mindset was key to her having the type of success she has now.

“She was just doing what she does,” Wise said. “I think she appreciated that we weren’t trying to treat her differently or special. In hindsight, it’s remarkable what she’s done but I think that’s why she’s one of the best in the world. She had that mindset that this isn’t a disability, it’s just something I have to figure out how to do it technically different.”

Wise said that part of what makes her a good representative of WSU is how she has used her platform to help others within her community.

“She’s more than a runner,” Wise said. “She’s significant into community service and talking about things to help younger people and help her in the community. You’re always excited to see someone develop into a mature person from when you knew them when they were a high school kid. She’s always been a real positive for Wichita State Track and Field.”

Rainbolt said that Young’s career is something he tries to keep up with, especially when she participates in a major race.

“I’m always proud of her when the major races come up. There’s a tree out (in front of Charles Koch Arena) in her honor. With regards to the major championships, we always pay attention and send text messages around.”

Coverage of the Paralympics can be seen on NBC, NBCSN and the Olympic Channel. Additional coverage is aired on the NBC Sports app.

“Thank you to everyone who has been on this ride with me,” Young said in a post to Instagram. “I appreciate each and every one of you for playing your part. I’m not done yet, I have one race to go but I wanted to take a moment just to be grateful.”