Sarah Klassen to play for Canada in IBF Championships 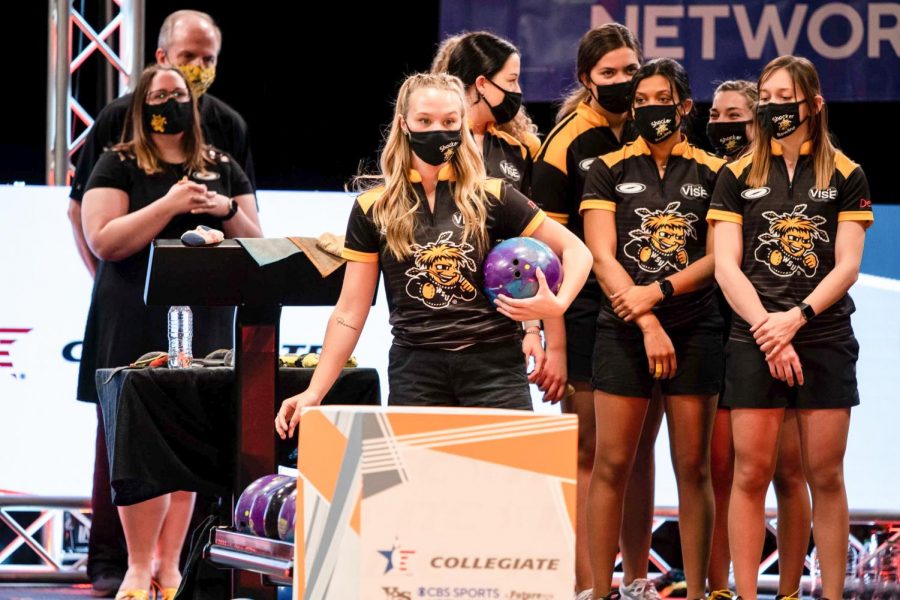 Wichita State senior bowler Sarah Klassen will take part in the IBF Championships later this fall in Dubai. Klassen will play for Team Canada in the tournament that is slated for Nov. 6- Nov. 15.

“It’s very special,” Klassen said. “I’ve always loved competing for my country because since I was younger, it’s been a dream to compete with the adults because I’ve only ever competed with the youths. I’m excited.”

Klassen will join another former Shocker on Team Canada in November, with Samantha How also being named to the team.

“I think that’s really cool,” Klassen said. “It’s cool that we already have a previous team dynamic, coming from Wichita State. It’s like we know each other even though we don’t really know each other.”

Klassen said she is excited about the opportunity but it is tough that she’ll have to miss one WSU tournament, the Leatherneck Classic in Davenport, Iowa, during that time.

“It’s special,” Klassen said. “It’s kind of sad because I will have to miss one tournament and it’s hard focusing on this event when I also have to put my energy into the team. All in all, I’m just trying to get better. I think it’ll be helpful, I think I’ll learn a lot and bring it back to my teammates.”

This past spring, Klassen was a key member of WSU’s national championship winning team. The Shockers defeated North Carolina A&T in a decisive fifth game, to win 247-217 and secure the women’s program’s 10th title.

“It was crazy,” Klassen said. “It’s something that I’ll remember for the rest of my life. We’ve all said it but going into it, it felt like we had won already because we knew it was going to happen. For it to actually happen, it was like we had been there before.”

This past year, the bowling season was delayed to the spring and practices limited to groups which Klassen said was difficult to not be around her teammates.Klassen said that she’s excited to have a normal season to finish out her WSU career.

“I can’t wait,” Klassen said. “Last year was kind of stressful because it seemed that everything was packed into the second semester and we just went right into it. But now, easing into it, I think it’ll benefit us a lot, where we can actually have time in between to think about how the tournament went and think about what we need to do for the next one. I think we’ll be in a better headspace. I think it’ll benefit us a lot.”

With Klassen now entering her final season with the Shockers, she said that her time at WSU has been special, even beyond her time spent with the bowling team.

“It’s been crazy,” Klassen said. “I’ve changed so much as a person and as an athlete. It feels that I’ve been here forever but it also feels like I just got here last week. It’s really cool reflecting on how I’ve grown over the past three years and I’m excited to make the last year special.”

Klassen and the Shocker Bowling program are set to begin their season from Oct. 16-17 with the Mid-States Championships.