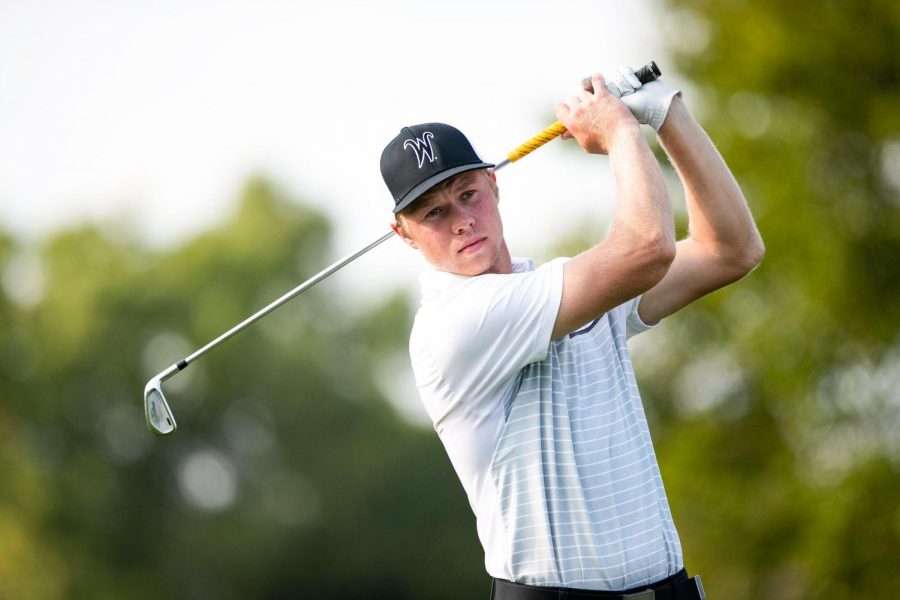 Wichita State junior Brock Polhill helped lead the Shockers to a sixth place finish at their first tournament in the fall season, the K-State Wildcat Invitational. Polhill finished in fifth place after shooting one-over-par during the 54 holes.

Polhill’s 54 hole score (67-75-73 – 215) was his best finish since joining the Shockers in 2018. He had previously tied for fifth place at last spring’s Missouri Tiger Invitational for his only top-five finish in his career.

“He really set the tone for the younger guys and kind of showed that this is what it’s going to take to compete at the top spot for Wichita State,” head coach Judd Easterling said. “He continued to do what he’s been doing in Wichita and it was nice to see a guy that worked hard over the summer came here and continued to work hard and all of his hard work paid off.”

“It was good,” Easterling said. “Happy to get on the road, playing under pressure, kind of seeing if practicing and preparing has paid off and was super proud of Brock Pohill and how he finished.”

Freshman Lucas Scheufler (73-79-72 – 224, +8) led the Shockers in Tuesday’s final round with an even-par, 72 to secure a tie for 21st in his collegiate debut. Scheufler is a native of nearby Andover, Kansas and went to high school at Trinity Academy.

“Lucas competed for us all 54, that’s what we preach,” Easterling said. “Never giving up on any hole or any round, just competing all day and he really did that today. He was the low man on the team as a freshman and the kid’s a grinder.”

WSU is returning to a full fall season after not traveling to any tournaments until the spring. Easterling said that season will be important to evaluate the roster after losing four athletes this offseason.

“Hopefully we can continue to get better,” Easterling said. “We’re going to a couple golf courses in the next couple weeks that we’re familiar with just to hopefully set the groundwork for a successful spring. In these five events this fall, we’re seeing who the top guys are, what guys are going to be good in the back end of our lineup.”

Easterling said that this fall season can be especially for the newcomers to get acclimated to the program.

“The guys had a good summer, we’ve got a really good freshman class. I think we’re going to be younger in the next couple weeks in the lineup but hopefully we can continue to keep getting better and better and be ready for that push come April and May.”

The Shockers are back in action next Monday and Tuesday, Sep. 20-21, at Colorado State’s Ram Masters Invitational at Fort Collins Country Club.