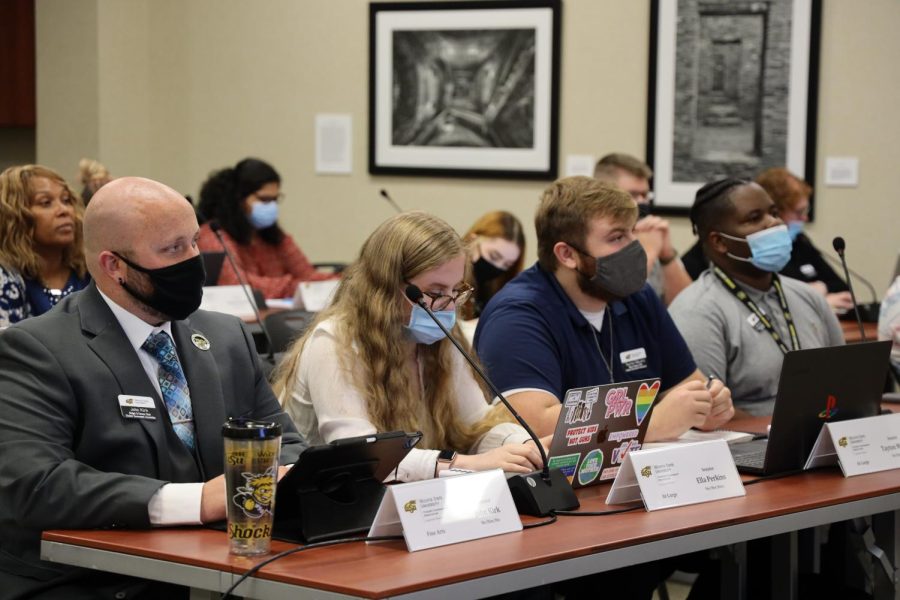 A bill regarding an updated SGA code of ethics and conduct received first read at the Student Senate meeting Wednesday.

The code includes a set of expectations for individuals who serve in any of the three branches of the Student Government Association.

“As campus leaders and role models, SGA Officials must be dedicated to increased campus unity and school spirit, to full and open communication with constituents, and to efforts for positive and realistic changes,” the bill reads.

The bill was written by the Task Force on Association’s Ethics over the summer. Speaker Jacob Tubach said SGA’s current code of ethics needed more clarification.

“There was some very vague language that we thought should be better defined,” Tubach said.

The bill lists specific standards for “personal integrity” and “civic behavior” for members of SGA.

The main point of questioning was surrounding a section stating that, “no SGA official shall make, directly or indirectly, any oral or written public or private statements that are false and disparaging of the Student Government Association, any of its present officers, or its Constitution, Bylaws, Codes, procedures, and regulations.”

Senator Michelle Bastian was the first to question the section, asking why SGA had control over what she said in private.

“Why does SGA have control over my private statements?” Bastian said.

Speaker Jacob Tubach said that the rule would only relate to conversations happening while performing duties as a student government member.

Presented with a complaint in a formal way, they would have to reference the specific code they violated. The defendant would have a chance to defend their position. The case would be taken to the Senate Review Board and if the Board found it necessary, they would pass it to the senate.

Tubach said that the burden of proof is placed on the person who made the complaint.  They have to provide robust proof and evidence.

Addressing concerns surrounding the idea that members might use this to their own advantage, Tubach said that he trusts the process set by the Senate Review Board that only legitimate cases would make it to the senate.

“The likelihood of a he said, she said case making it past the SRB is extremely unlikely,” Tubach said.

Fonseca clarified that this does not apply to criticizing other senators and that removing a person from the senate will not be taken lightly. He said that people cannot “weaponize” the code of ethics.

“There are checks and balances in place to ensure that [people aren’t] abusing the language just because it’s there,” SGA Advisor Gabriel Fonseca said.

The bill will receive second read and vote at next week’s Wednesday meeting.