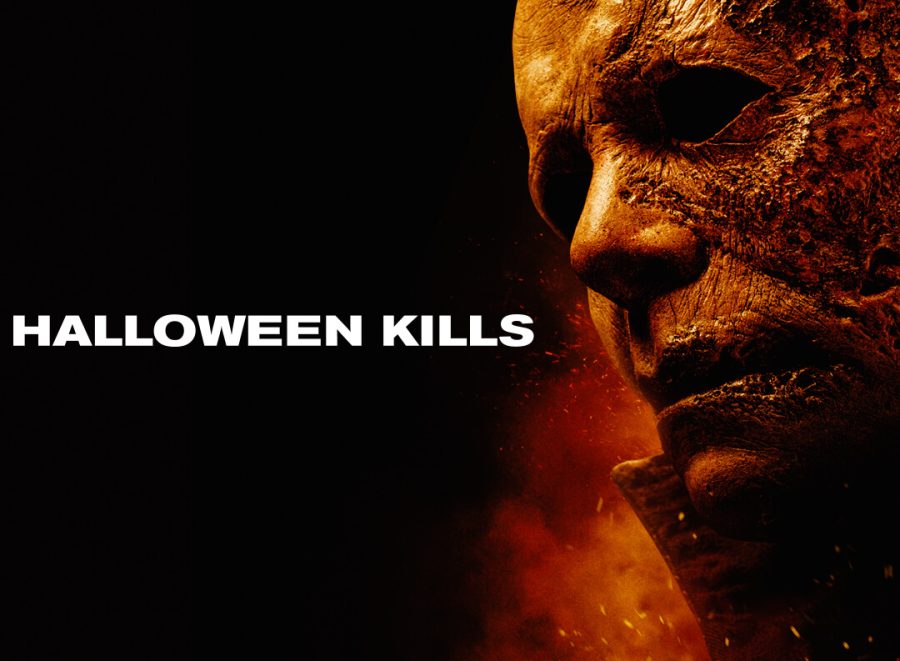 Candy fills the isles at grocery stores, costumes are selling out, and the nighttime greets us sooner as Halloween grows closer. Not only is it the season of scares, but the season of horror movie icon, Michael Myers.

David Gordon Green became the new director of the ‘Halloween’ movie series in 2018 and was given the chore of bringing the reboot back from the cold ashes of the epic flame from the first film in 1978. After a few dull sequels, and a sad excuse for a Michael Myers mask in the 1998 film ‘Halloween H20: 20 Years Later’ that had me laughing the whole 86 minutes, the series turned into dull remains of what used to be.

After three long years, ‘Halloween Kills’ finally arrived in theaters and on-demand via Peacock this Friday, making $52M so far for the $20M budget.

Not only did Green understand his assignment with ‘Halloween,’ but he aced it. The reboot broke sale records for the series at $76M and the series was brought back to life.

Although the experience is amazing, anyone who is queasy at the sight of blood should certainly be prepared to close their eyes for at least a quarter of the film.

The Universal and Blumhouse production begins immediately after ‘Halloween’ with a distraught Laurie Strode being transported to Haddonfield Memorial Hospital after leaving Myers’ to burn to the ground in her home.

Horror movie buffs will be excited to see that the new film will also feature the most deaths ever to be featured in a single ‘Halloween’ movie. The 1978 film gives the unkillable Myers a body count of five people compared to the 16 this weekend.

Between the increase of gruesome (and a hilarious death involving a car door) deaths and the great gore effects, the movie has rightfully earned a spot on a Halloween movie bucket list for future years.

The details put into each scene have highly improved and deepen the overall terror. For instance, brain matter was not a weird goo leaking from unrealistic places, but was chunky and mixed with fake blood. Ligaments broke and bent in realistic ways.

I appreciate the work and dedication put into each scene and can understand why it took three years to release.

Throughout the slasher film, deaths are used for various purposes. A majority of the victims have been preyed upon then caught like a mouse (with an awesome version of John Carpenter’s classic “Halloween Theme” song from 1978) by the horror icon’s cat-like reflexes.

It creates an intense build up of emotions that lead the audience into either cheering for Myers’ to get the kill or freaking out to see if the prey will make it out of his radius. The tension is broken up a few times with a funny stab or a hilarious fail that will make at least half the crowd laugh out loud.

However, I cannot forget to add that despite a clear statement from Laurie Strode towards the ending of this sequel, enough critics have gathered to discuss their feelings towards how the antagonist is dramatically indestructible. Since the debut of Myers over forty years ago, the killer has been described as human.

“Halloween Kills’ reveals that the horror icon is beyond a person and has been deemed supernatural which greatly adds to Myers’ monsterization and helps viewers further understand why the murderer is un-killable.

The ending scene, like every previous movie, leaves me at the edge of the theater seat wanting the movie to continue. It ends on an annoyingly great cliffhanger. Myers is standing where everything began in the final few seconds of the film.

For almost two hours, friends can meet at AMC Theaters and claim the comfortable reclining chairs with salty popcorn and sweet candy for the best horror experience. Watching the slasher movie on the weekend is a perfect spooky season activity and also makes for a great first date.

All together, the movie is by far one of my favorite movies (other than the original) and I will probably end up buying it to watch for future years, and maybe again this weekend.