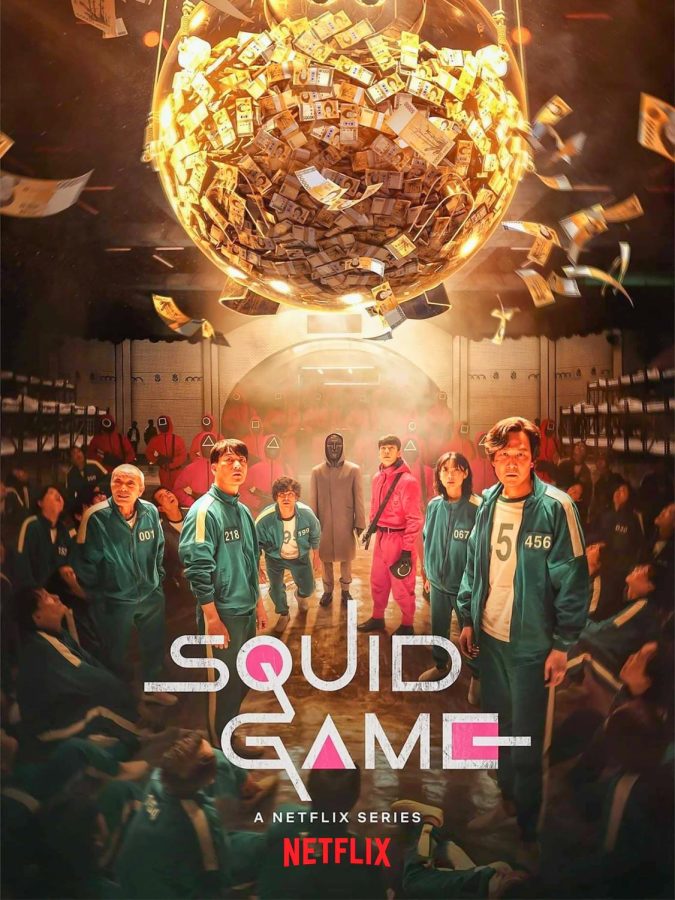 Netflix's 'Squid Games' quickly won over the internet since it's release in late Sept.

Recently in late September, Netflix released their newest series “Squid Games”, which has taken the internet into a new spin of memes and questions.

Within the first 28 days of it’s release, it has become one of Netflix’s most watched series across many regions as well as surpassing last fall’s release “Bridgerton.”

The series is based off of an idea that director Hwang Dong-Hyuk, had surrounding his own personal financial problems in his earlier life and the class disparity in Korea.

The movie follows on character Seong Gi-hung, who is recently divorced and lives with his elderly mother. Broke and with a gambling habit, Gi-hung has another habit of letting his daughter down.

In debt and looking for a way to make more cash, when offered to play a series of childrens games, such as “Red light Green light” and shape puzzles, for cash – he accepts the offer and gets taken to a hidden location to participate with 455 other players in the games, and now learns that losing the game means death.

The games seem easy enough, as they are ones that they had played as children and knew quite well. But the games were rigged with struggles and one wrong move disqualified you. And with disqualification, comes death.

The rest of the series takes twists and turns to keep viewers engaged, following our characters throughout the games as they try to complete the challenges that at first seemed much easier than they actually were.

While keeping you engaged with it’s intensity, the series is not for the faint of heart. It is rated TV-MA for the intensely gorey scenes, as losing characters get shot or killed, as well as violence and nudity.

Though not for everyone, the show has captivated the majority of the internet. Especially with October beginning and a lot of people are looking for movies and shows that could fit into the horror genre, it has gained many viewers and more as it stays in Netflix’s top ten.

Generation Z has the best time with the show, as they are using it for their comedic purposes and started new trends and provided many new audios on TikTok, as well as produced new memes. People don’t seem to be as horrified as initially led to think they would be, but instead find it simply intriguing and borderline humorous.

While it wasn’t the most exciting show I’ve seen, it was something new and out of the box for people to enjoy.

After spending plenty of months cooped up inside with the TV and not given much new or out-of-the-box content, it is easy to see why the show did as well as it did, even though it isn’t something as extraordinary as some of Netflix’s other shows such as “Black Mirror”.

If made past the first episode it is a good watch for what it is, and I would suggest watching if you haven’t before spoilers are absolutely everywhere and inescapable. Once the spoilers are heard, the show loses it’s zest.