OPINION: Dune part one was a success 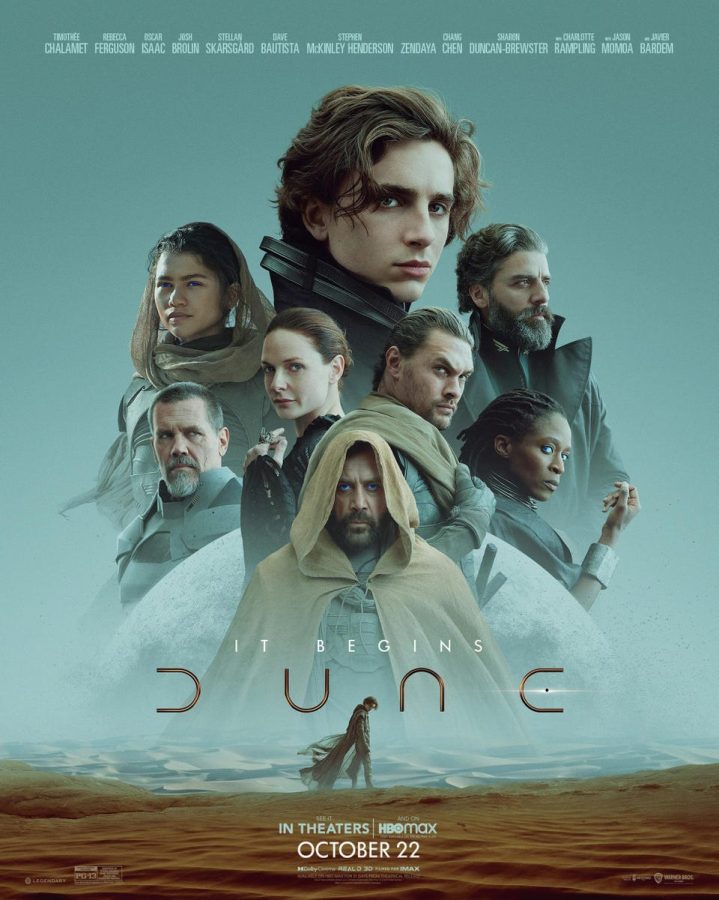 On October 22, Dune, a movie based on the sci-fi series by Frank Herbert, was released in theaters and it was a success. On opening day it reached up to 40 million dollars in the box office.

It’s not only successful because of the money earned, but also based on the cinematic production itself. As someone who’s read the Dune book, and was beyond excited for the movie — I was not let down.

I was unaware it was only part one of the movie until I entered the theater and read, “Dune Part 1,” however, it was a good decision to make it two parts. They did it right.

The first movie built up the world so that even if a person hadn’t read the book, like my brother who went with me, they were able to be just as invested in the world and plot.

I was happy and surprised about how the movie was very aligned with the book. No movie is going to exactly represent the book, however, I believe the movie did it justice.

While Dune could be conceived as slow-paced, and I understand why some people might not have been a fan, I think it was necessary for the story. My only problem with it is that I have to wait years for the second part because I loved the first one so much.

According to Rotten Tomatoes, it received a 83% approval rating from critics and 91% from the audience rating. An average score for critics on rotten tomatoes is 60%, so 83% is well above it. Also, we sometimes see when the critics score high, the audience doesn’t and vice versa, however, both scores were very high. Letting us know the movie was well received.

Not only did the movie have a stellar cinematic production, the cast was “stacked.” Dune had Timothy Chamalat as Paul Atreides (the main character), Zendaya as the woman he’s seeing visions of. Then we have the Game of Thrones star Jason Momoa as Duncan, a swordmaster, and Rebecca Ferguson from The Greatest Showman as Paul’s mom. We also have Oscar Isaac from Star Wars as his father, and many others.

The movie brought to life the sci-fi world and events in a beautiful way. I’m not a movie critic, and can’t thoroughly dissect this movie. But I know I enjoyed it — and if you want to experience a breathtaking world, you should watch it.