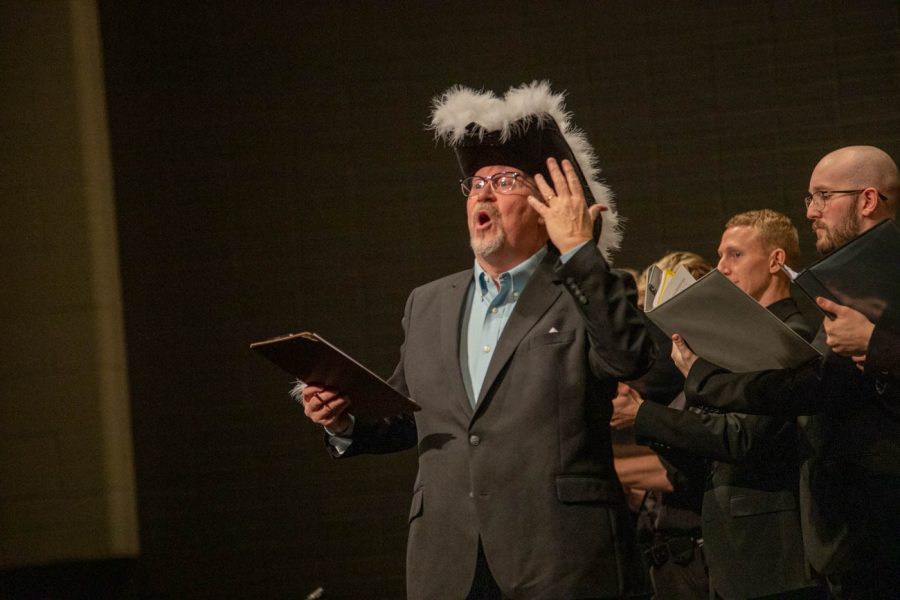 On Tuesday night, the Wichita State University Symphony Orchestra featured the talents of renowned opera singer Michael Sylvestor. Sylvestor has been named one of the two most important tenors of his generation, in an article by USA Today. Also having performed at opera houses such as London’s Covent Garden, Milan’s La Scala, Paris Opera, and many others across the world.

The Symphony came together in celebration of the inauguration of President Rick Muma, the 15th president of Wichita State. Muma has been part of the faculty for more than 25 years, spending many years overseeing Wichita State students.

The first piece was Internet Symphony “Eroica,” which brought forth a display of music that was reminiscent of what many of the musicians had gone through in the past few years due to the pandemic. It was a very lively piece, with prominent parts from the bells and slow-moving brass. The harp also was very beautiful and notable.

The next piece was accompanied by Michael Slyvestor singing Traum duch die Dammerung, which spoke of the serenity of nature and love that was intertwined. Softer in sound, slower in speed, creating an atmosphere of peace

Zueignung was the next piece sung, with more belting from Sylvestory, it was a bit faster and portrayed a heartbreak that the singer felt, having come across hard times and reckoning with them in a way of gratitude.

Besame Mucho’s opening line said, “Kiss me, Kiss me so much as if this night were the very last time we would meet.” Written by a woman who wrote not only the lyrics but also the music when she was 16, having never been kissed.

In the final piece before intermission Slyvestor was accompanied by not only the orchestra but also by a chorus of Wichita State vocal students. In a fun comedic piece, Slyvestor displayed a lively entertaining piece about being part of the Queen’s Navy.

After intermission, there was the presentation of Symphony No. 1 in C minor, by Johannes Brahms. A forty-five-minute piece that took 14 years for Brahms to perfect before premiering it. The second and third movements were revised again and again, as Brahms could not find the right sound he wanted.

Overall, the presentation brought forth a rich exposé of beauty in introducing President Muma into his presidency.