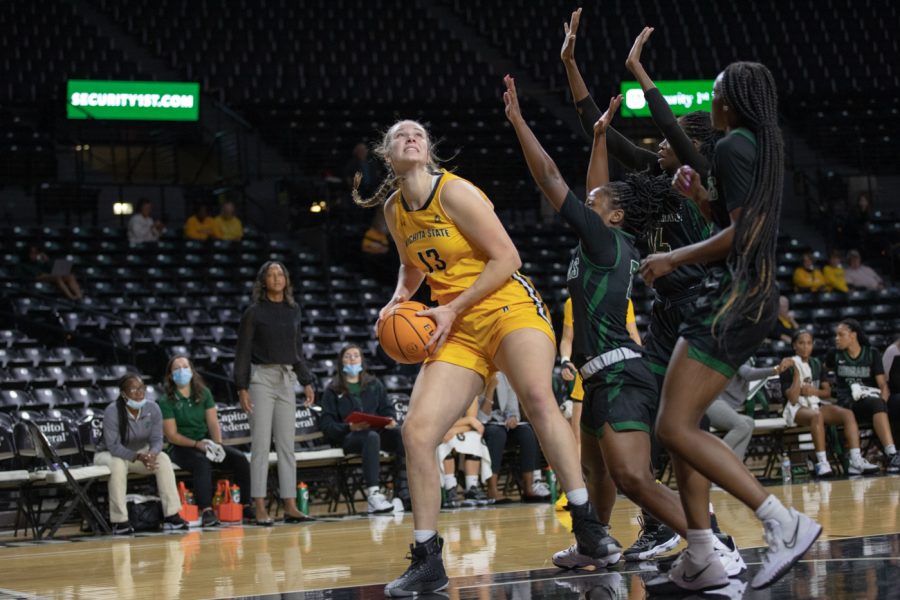 The Wichita State women’s basketball team defeated Chicago State by a 44-point margin in their season opener. The final score was 78-34.

At the beginning of the second quarter, senior guard Mariah McCully had a steal and a lay-up to lead the Shockers. McCully had an all-around game leading the Shockers with 13 points, four rebounds, and five assists.

“Mariah had a really good game, she defended, got the basket, she assisted,” Head Coach Keitha Adams said. “She read the game and had a solid one.”

Junior guard Seraphine Bastin made the score 59- 17, toward the end of the third with a backwards layup.

Wichita State had a good transition game with a lot of fast breaks, tallying 26 points off of them.

“I think that our team this year has a lot of depth that allows us to play a more uptempo style and play faster,” Adams said.

The Shockers had good play defensively which was an improvement to their exhibition game.

“Our defense in the first quarter was really good, our players came out and brought a lot of energy,” Adams said. “I was really impressed with how many times we got on the floor for loose balls and our defense really set a tone.”

“Being more aggressive and playing with a lot of confidence and helping us in the transition,” Adams said.

McCully said she thrived off the energy from the Shockers home opener after deciding to play one more round of basketball as a fifth year senior.

“I was really excited, I turned around and my team was right there with me, so it became more fun and easier to do,” McCully said.

Playing to their strengths in the game, the Shockers ran the court and finished shots.

“Think we did a better job this game closing out the quarters, running the clock down, picking out the defense,” Adams said.

Up next, the Shockers will play at the University of Wyoming on Saturday, Nov. 13 at 3 p.m.