Back from the Portal: Udeze and Porter reflect on decisions to stay at WSU 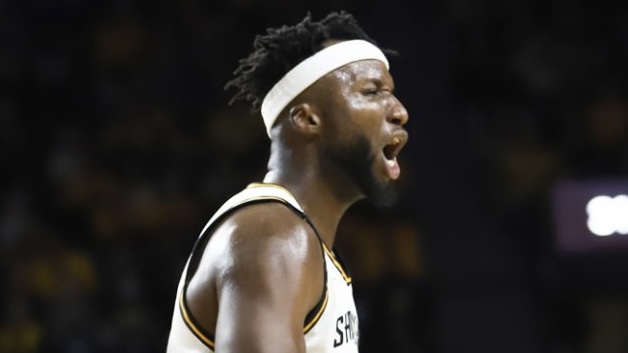 Both Craig Porter Jr. and Morris Udeze are glad they decided to come back to the Wichita State basketball program after entering the NCAA transfer portal over the past two off seasons.

Udeze decided to enter the transfer portal on March 19 of 2020. A month later Udeze decided to take his name out of the portal. The impact of his decision to stay at Wichita State was current head coach Isaac Brown.

Brown took over the program as the official head coach on February 26, 2020. This was just a few months later after former head coach Greg Marshall resigned on November 17 of 2020. Due to the turmoil that was boiling over still in the program from player complaints made about Marshall, Udeze was ready to leave Wichita State.

“These coaches they’ve taken really good care of us and showed us unconditional love on and off the court so it just feels really family oriented around here so I didn’t feel like breaking that bond,” Porter said.

Both Porter and Udeze are hoping for a big year this season. Due to COVID – 19, Porter said he was told that he missed almost 50 days out of the season last year.

“It was difficult you know for the team having to stop every 14 days you know somebody catches it and just having that setback so often,” Porter said. “Obviously I want to improve off of last year, make it to the tournament again, just make sure the team does good that’s all I’m really worried about.”

For Udeze it is continuing to have a leadership role on the team and to have a breakout season.

“By god’s grace I’ll have a great year,” Udeze said. “Stay out of foul trouble, be smart, I feel like I’m due for another great season. “I feel like last year and this year I had a big leadership role helping the young guys, everybody gel together kind of just being positive making everybody laugh, making everybody happy.”