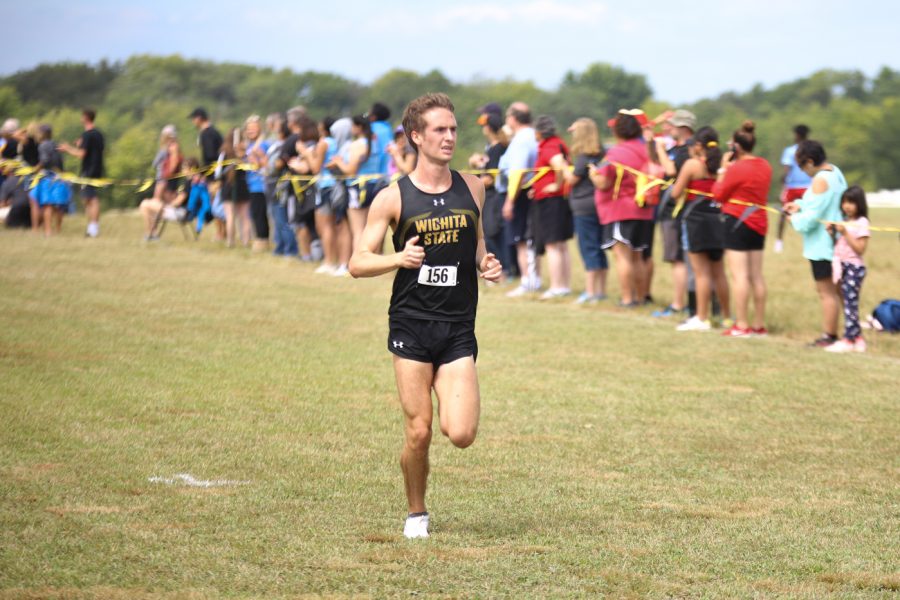 Yazmine Wright wrapped up her successful senior season with a 17th-place finish at the NCAA Cross Country Midwest Regional in the women’s 6k race in Iowa City, Iowa on Friday. Clayton Duchatschek led the Shocker men in their 9th-place team finish, the highest Wichita State team finish since 2004 .

“Both groups handled the weather and conditions extremely well, which is what I expect from my team,” head coach Kirk Hunter said in a release. “I’m proud of them for coming out and being strong competitors.”

Wright finished the 6k race with a time of 21:11.06 after having her last week of training interrupted by sickness.

“That was a tough race to run on any given day,” Hunter said. “We’re not people that make excuses, but we weren’t able to prepare for this meet the way we wanted to because of last week. We lost a week of training, and when you’re only three or four seconds out of making it to the national meet, that little bit of fluid training that you needed in order to perform at the best level you possibly can is all it takes, and you miss the goal that you really want.”

Wright’s medal-winning performance concludes a successful season, where she won individual titles at four of the five meets leading up to the regional meet.

“I really commend her for being able to do what she did, and she was battling the entire way,” Hunter said. “You can’t take away what she’s done this year and the accomplishments that she’s had, so I’m really proud of what she’s done. She definitely did a good job fighting her way through that race given the situation that she had to deal with this last week.”

“Clayton did a good job of just sticking his nose in there and he was smart early,” Hunter said. “He kept moving through the crowd making some big moves and then even at the end, he outkicked three guys.”

Bryce Merriman and Adam Moore finished close behind with their 40th- and 45th-place finishes, and Jackson Caldwell was the fourth Shocker across the line in 60th.