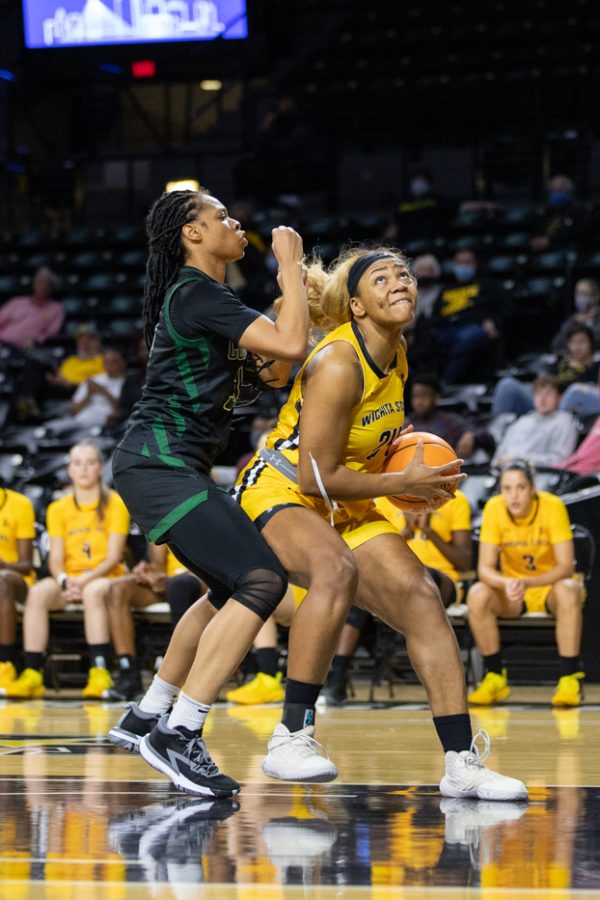 The Shockers had five players finish with double figures, with Trajata Colbert registering the first double-double of the season with a team-high 17 points and 13 rebounds. Mariah McCully scored eight of her 13 points after halftime and Jane Asinde set a new season high with 12 points off the bench.

Wichita State dominated the rebounding battle, grabbing 23 of their 47 rebounds on the offensive end. The Shockers also cashed in at the free throw line, going 16-for-17. They needed every one of them after missing 10 of their 12 three-point tries.

The Pioneers started the game hot from beyond the arc, hitting their first four attempts to take an early 14-6 lead. WSU tightened up its defense and finished the quarter on a 10-2 run to tie it up at 16 after 10 minutes.

McCully and Carla Bremaud converted on back-to-back triples with just under two minutes in the half giving WSU a 32-26. Jane Asinde split a pair of free throws in the final seconds to put the Shockers up 33-28 at the break.

Denver quickly erased the halftime deficit and tied the game at 43. The Shockers scored the next seven points to take a 50-43 lead.In the final minute of the third quarter, WSU stretched the lead to nine after Colbert scored inside. Denver hit a triple shortly at the end of the third quarter, cutting WSU’s lead to 54-48.

The Pioneers cut WSU’s advantage to two points in the fourth, but responded with a 7-0 run with 4:43 remaining. The Shockers blew the game wide open in the final minutes, winning by 15 points.

Wichita State wrapped up a three-game road trip with a visit to former MVC rival, Northern Iowa, on Saturday at 11 a.m.