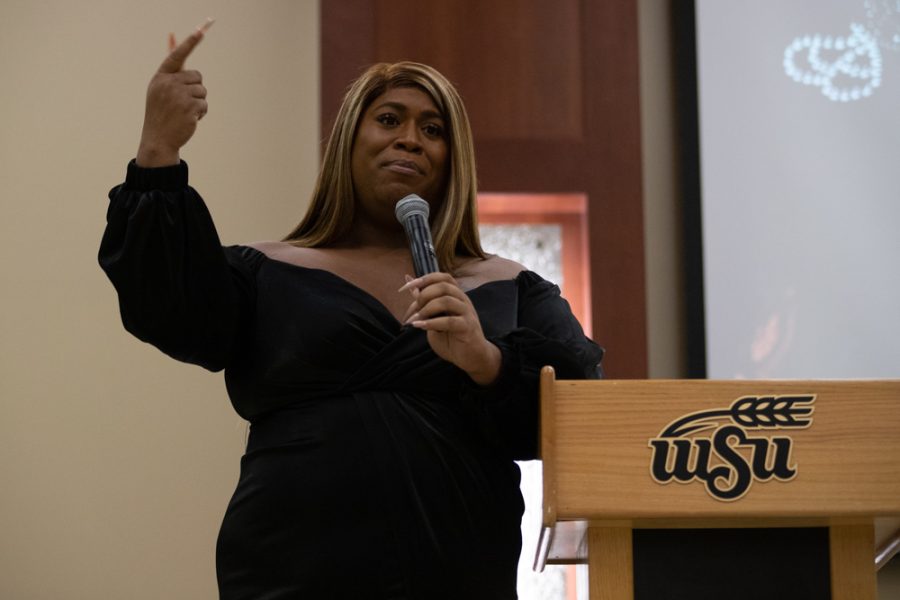 Dominique Morgan talks about her work in her organization Black and Pink at the Diversity and Inclusion lecture series event on Nov. 17 in the RSC.

Dominique Morgan, executive director of the Black and Pink organization, spoke at the Diversity and Inclusion lecture series event giving insight into what perpetuates violence against those of the LGBTQ and transgender community.

“Most folks utilize survival crimes because that’s the only way we can support folks who are engaging in those behaviors and not be imprisoned for having to make it and survive,” Morgan said.

She had been convicted of sex crimes that she said functioned as a means to make ends meet in a system that incorrectly punishes those that are Black.

“In my incarceration I found a lot of strength, and I say that not because that is the outcome of incarceration, it may be stronger, not that they helped me be better, I got stronger because I had to make it,” Morgan said.

After exiting the prison system, Dominique made connections that allowed her to pursue a degree in public health. This gave her the opportunity to help those who were struggling through the same situations she went through. She pointed to the resilience that she exhibited in all of the hard times that came her way.

Resilience was a key theme of her speech, indicating that people in America can do anything that they set their minds to.

“The idea that I could get up every day and do something I really cared about and pay my rent, feed myself, get a car,” Morgan said.

Doing these things allowed her to truly believe that she had attained what she dreamed of.

Dominique advocates for those of the LGBTQ community as an ally, focusing on the fact that being a Black transgender woman is one of her strengths.

“Simply because I am a Black trans woman with a job, I am one of the most privileged Black people in this country,” Morgan said. “Yes, I experienced incarceration, yes I experienced physical harm and sexual harm … Black folks are the most impacted by these systems.”