Sophia Rohling finds her way back to the court 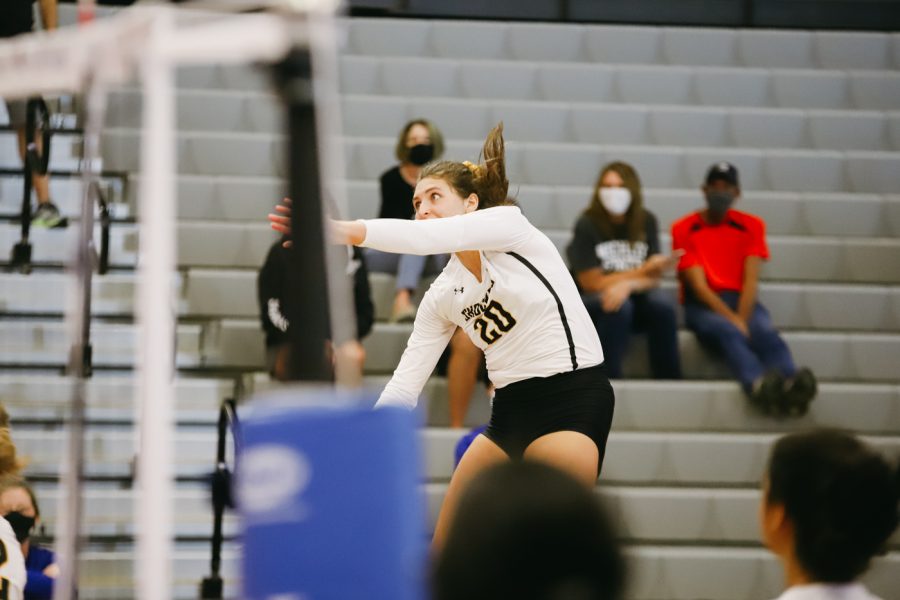 Junior Sophia Rohling spikes the ball during the game against Kent State University on Sep 10 at Horejsi Family Volleyball Center.

Earning First Team-All Conference as a freshman is exciting but for sophomore outside hitter Sophia Rohling, also put a lot of added pressure for her coming into her sophomore season with the Shockers.

Now that the 2021 fall volleyball season is over, Rohling said she has learned a lot as a player, and how to be successful going into her junior season. Earlier in the fall season, Rohling was pulled due to her lack of performance.

Rohling said her breakout freshman season led to her trying to control the outcomes of her performance on the court. She said she felt like she had to “play a certain way” for her team, and she felt like she was letting her team down and her coaches down.

“Things started not working out and I started putting more and more pressure on myself because I wasn’t playing the way I needed to play and I wasn’t executing so I started getting really upset,” Rohling said.

Rohling said to get through this difficult time she relied on support from her teammate and best friend Natalie Foster, and her family. She said when she approached her coach, she got positive remarks.

“She’s confident and she knows she can dominate,” head coach Chris Lamb said. “What you want out of her is to know she can do it and even the great ones get blocked. You just keep hammering away and at the end of the day your stats are better than theirs. That’s what talent and confidence can do for you.”

Rohling said she started letting go of the pressure she was putting on herself once she figured out that playing was also about having fun and not just being a standout player on the court.

“I went through a lot of emotions during that time and then I was like ‘you know what, you just have to have fun, remember what you’re doing this about, and the rest will come’,” Rohling said.

Rohling said the game that changed for her this season was the Shockers first matchup against Tulsa.

“They put me in the second set and funny enough the first thing I did was trip and fall on my face but after that I had a really good performance and it’s like maybe I am coming out of this so that was a good game for me to look at and say ‘you can do this and there you are again’,” Rohling said.