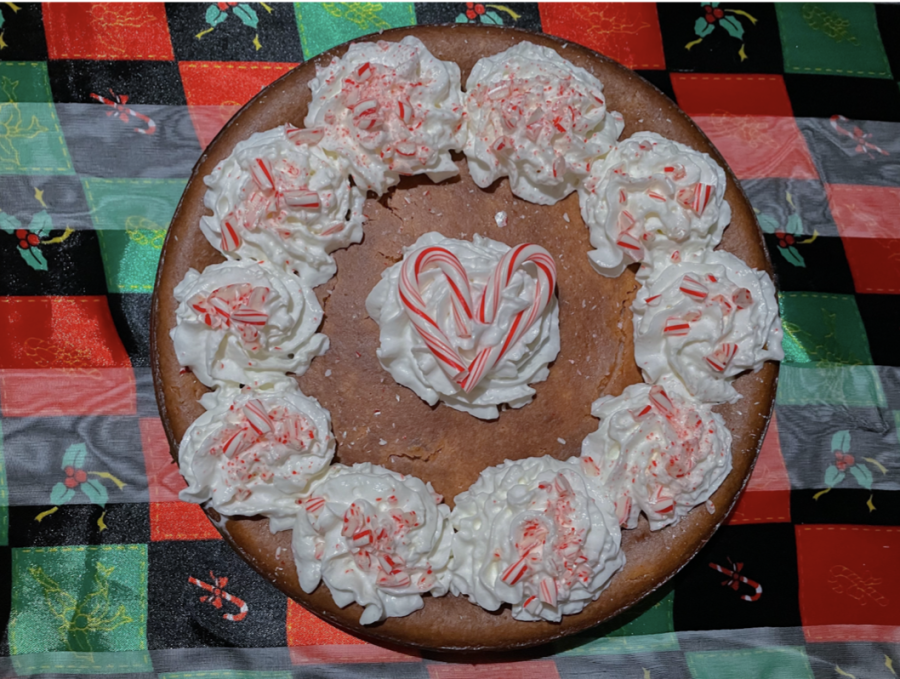 Delish’s Candy Cane Cheesecake will make a good addition to any holiday party. The cake was ranked 3 out of 5 stars on their website.

Finals week is over! Time to travel home and spend quality time with friends and family as you eat a lot of delicious foods. Treat yourself for finishing another semester at Wichita State University.

To celebrate the end of the semester and the holiday season finally among us, I will be sharing with you all throughout the coming weeks holiday recipes and my ratings of them. This week I’ll be reviewing a recipe for a candy cane cheesecake.

One of my all time favorite desserts is a cheesecake. I bake one for each holiday, but I have never made a Christmas themed cheesecake.

Delish.com has a recipe for a candy cane cheesecake. Click here to read the full recipe and instructions.

After trying the Delish Candy Cane Cheesecake, I would recommend a different cake or maybe just an altar in the cooking directions. The cake contained the perfect amount of peppermint; however it was cooked for far too long.

I took the cake out of the oven after an hour and thirty minutes. Instead of leaving the cake in the oven, I left the cake on the counter before placing it in the refrigerator. I did this because the cake was already fully cooked, so leaving it in the oven would cause it to overcook and burn. There was also a golden brown crust surrounding the cake.

While this crust is delicious, it ruins the definition of a good cheesecake. A thick creamy moist cake. I was unaware there would be a crust on this cake or else I would have altered the directions. In the photograph that goes along with this cheesecake, a crust was not shown.

If I were to make this cake differently, I would add eight more ounces of cream cheese. I would also reduce the baking time to at least one hour. To make a perfect cheesecake without a golden brown crust, the key to knowing when the cake is done is to have the cake make a slight jiggle in the middle. The reason I did not reduce the time in the first place was because I wanted to prepare the cake as close to the recipe as possible.

I would rate this cake a solid 3 out of 5 stars. The ingredients were delicious and the graham cracker crust was the perfect amount of salty and sweet, but the top crust just ruined it for me. It is a good cake, it just does not pass my qualifications for a cheesecake. If you are a fan of a golden brown top on a cheesecake, this cake would be perfect for your holiday party.