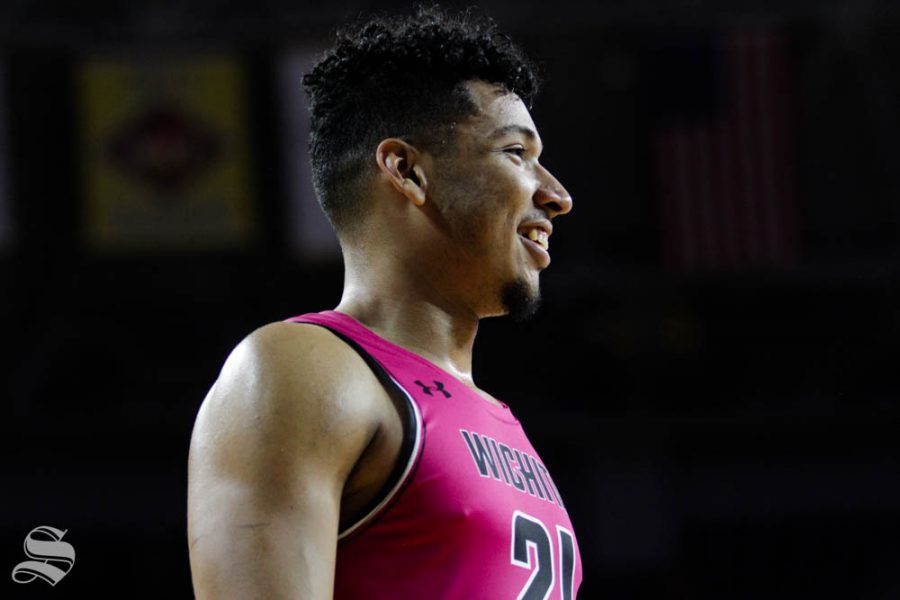 Wichita State senior Jaime Echenique smiles after getting fouled during the second half of the game against USF on Feb. 20 inside Charles Koch Arena.

Former Wichita State center Jaime Echenique has signed a 10-day contract with the Washington Wizards, according to a release.

Echenique, a native of Barranquilla, Colombia, will have the opportunity to become the first Colombian born player in the history of the NBA as soon as Thursday night against the Cavaliers.

“It would be great for my country, I’m not going to lie. It would be a big representation to have a Colombian player in the NBA,” Echenique said in an interview with NBC Sports Washington. “To be honest, personally I’ve never took the emphasis of being the first, the second or the third because it doesn’t matter if you make it, it’s if you stay.”

Echenique has played for the Wizards’ G-League affiliate this season – the Capital City Go-Go – and is averaging 12.6 points and 9.2 rebounds per game this season. Echenique’s new contract comes after nine Wizards players were placed on Health and Safety Protocols, including starting center Montrezl Harrell.

Echenique played two seasons at WSU from 2018-20, after arriving from Trinity Valley Community College. His best season came during his senior year, with him averaging a team-high 11.3 points and 7.1 rebounds per game.

Echenique will become the third former Shocker in the NBA, joining Landry Shamet (Phoenix Suns) and Fred VanVleet (Toronto Raptors). The 6’11 center will also be the 20th player from WSU to play in the NBA.