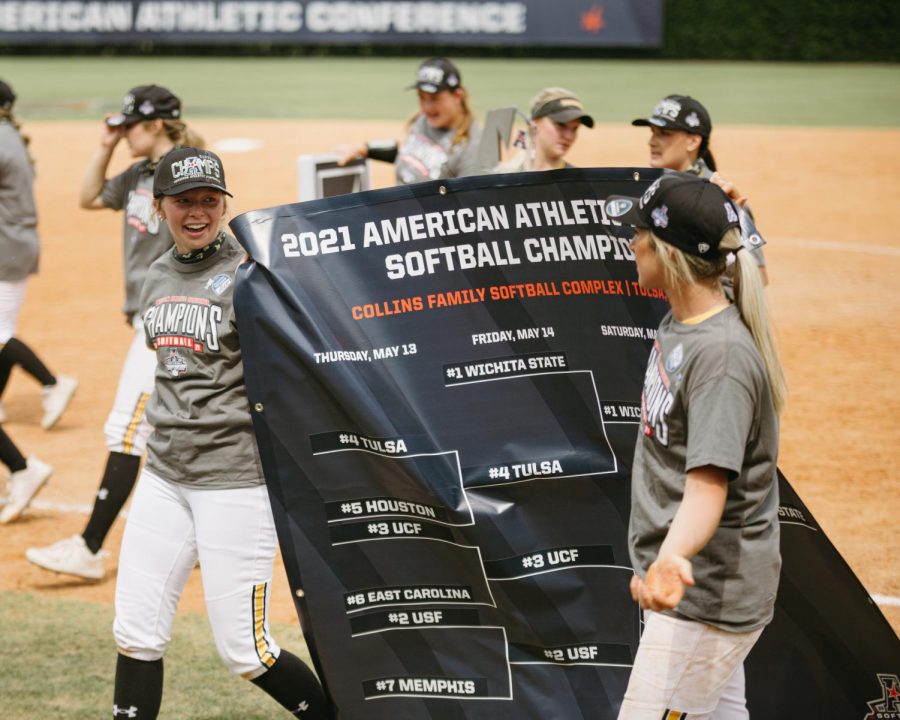 Wichita State players celebrate the AAC title during ceremony on May 15, 2021.

The Shockers also return two pitchers to their pitching staff – Erin McDonald and Caitlin Bingham. The Shockers added two transfers for the 2022 season that are projected to make an impact by helping to defend their conference title. Arielle James is a transfer from Houston, which is a conference opponent for the Shockers. The other transfer that has been added to the roster is Zoe Jones from Texas Tech.

WSU was picked four points ahead of South Florida, who was the only team in the conference last season to beat the Shockers in a regular season conference series.

The Shockers will open up their season at the Bearkat Classic in Huntsville, Texas on Feb. 11-13.