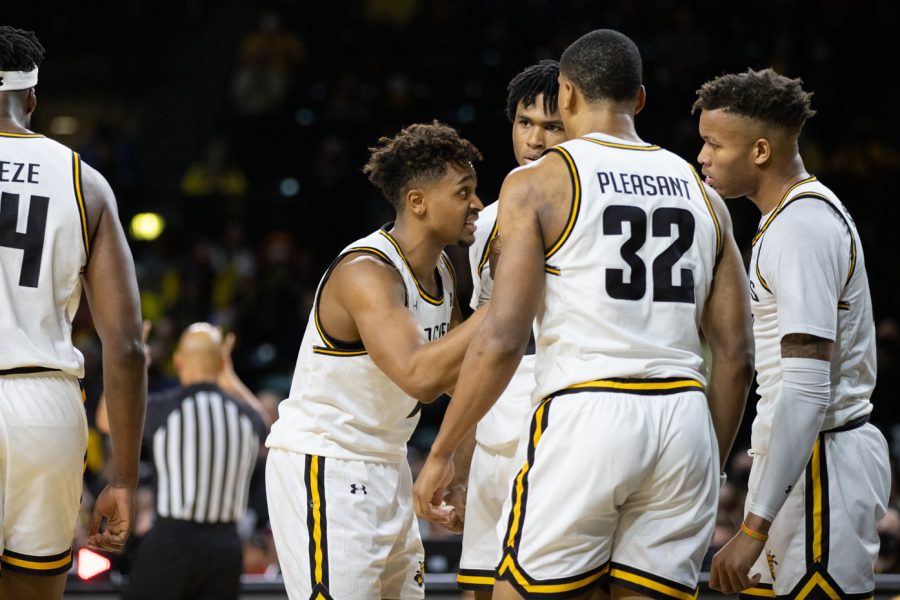 After a play, some of the men's basketball team gather to discuss strategy against Cincinatti on Jan. 16.

The Wichita State men’s basketball team’s road games this week against Temple (Jan. 19) and SMU (Jan. 23) have postponed due to COVID-19 related issues within WSU’s program.

The American made changes to the protocols on in late December, where teams will must have seven healthy scholarship players and one coach in order for a game to take place. Teams can now reschedule postponed games and will be recorded as a “no contest” if the programs are unable to play again.

No makeup dates for the two postponed games have been announced. WSU’s season opener against East Carolina was postponed earlier this season but that game also doesn’t have a makeup date.

The Shockers’ next scheduled game is against Central Florida on Jan. 26 at Charles Koch Arena.