OPINION: Every student should be treated equally, student athlete or not 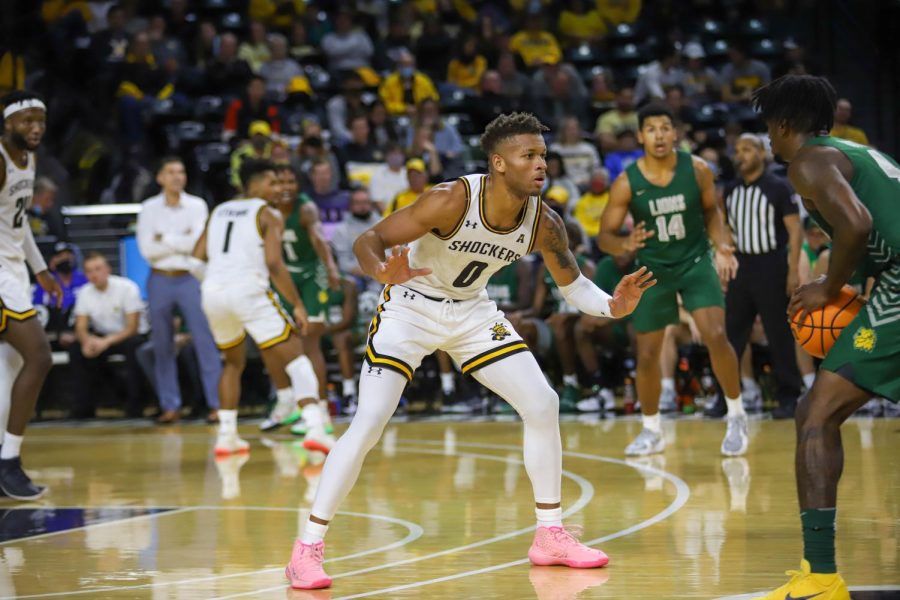 Junior Dexter Dennis defends the ball during the exhibition game against Missouri Southern State on Nov. 4 inside Charles Koch Arena.

“Student athletes  are just dumb jocks.” “They are the favorites on campus because they put a ball through a hoop.” I’ve heard people say these comments many times. What is even more frustrating is that I’ve heard myself say these hurtful comments.

I grew up around sports but I was not athletic. Because of this, I didn’t feel as “popular” as my other family members. However, my family helped me realize I was not an outsider and I just had a different path in life than they did.

I’ve always been jealous of people that are athletic. They are the people that many pay attention to because of their athletic skill, and their ability to accomplish physical tasks that seem almost impossible.

They are the people that can entertain you for hours with their God-given ability. If you saw WSU guard’s Ricky Council IV windmill dunk several weeks ago you know exactly what I mean.

Due to being so jealous of other’s athletic ability, I decided for a while there was no way I had anything in common with athletes. This negative self-talk and comparison with others was damaging to my self-esteem.

Athletes aren’t just objects that are there to entertain you at a basketball game. They are not the people that are just here to take all of your scholarship money away. I know their popularity and the need for attention may frustrate many students.

However, student athletes do a lot for the university. College athletic programs bring  in quite a bit of revenue at WSU.

I also understand that they have a large student-athlete success center on campus just for them. However, it was given to them through private donations. Also, stop and think about what they use it for.  They use it to hang out with their teammates and have team meetings. It isn’t a luxury hotel just for them.

No one is above someone else on campus just because they play a sport. Let’s all be kind and support one another in our dreams and passions.