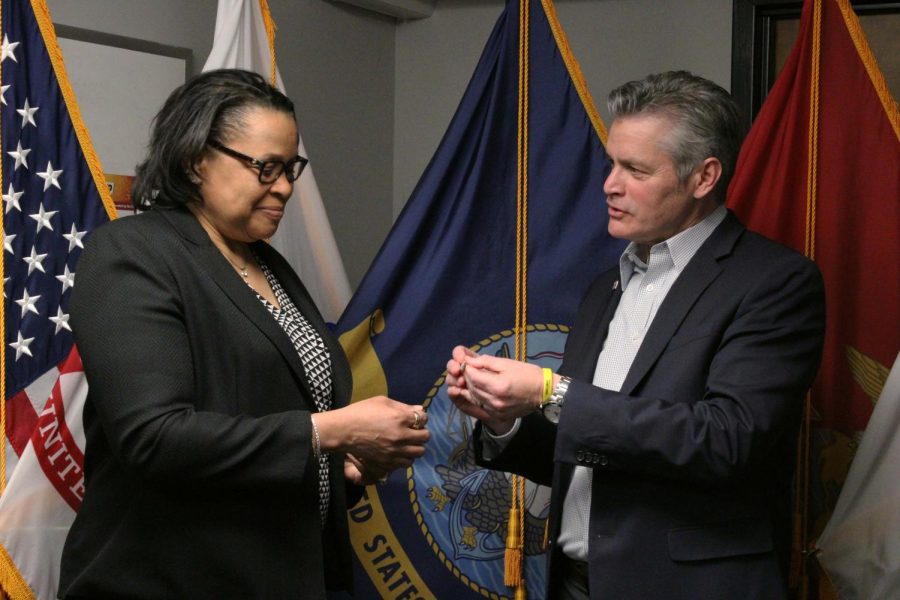 The Wichita Police Department has undergone tremendous change in recent years, and two pioneers of that change are now leaving the force.

“It was an honor to serve this community,” Givens said. “I wanted to make a difference but I didn’t want to forget where I came from.”

Ramsay has been serving as an officer since 1993 and was appointed chief in Jan. 2016. Givens has been on the force since 1987. Both officers worked together to create a safer space for the Black community in Wichita.

“My biggest struggles were internal and changing the culture internally,” Ramsay said. “The changes we’ve made have been because you have helped.”

“Our department looks different today because the changes in hiring practices,” Ramsay said. “The amount of African American[s], Hispanic[s], Latino[s], and women in our department over the last few years has changed significantly and there’s one person to thank and that’s Wanda.”

Reverend Carl Kirkendoll, one of the black pastors in the “God Squad” who met with the Wichita Police Department, attended the event and honored the outgoing Chief and Deputy Chief.

“‘She was there 34 years,’” Kirkendoll said to his granddaughter. “My granddaughter said, ‘wow, that’s real black girl magic.’”

Givens and Ramsay were thanked for their work toward racial equality by the Wichita branch of the NAACP.

“It does take a village,” Givens said. “This is my village that I’m looking at.”