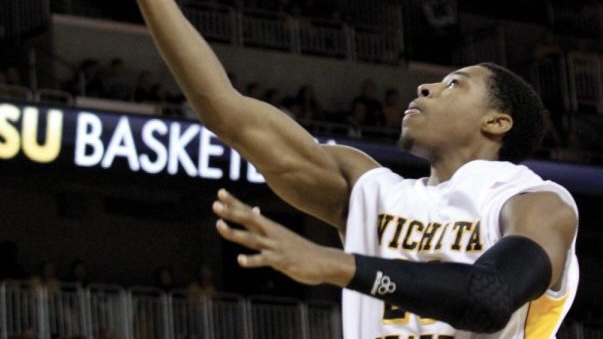 Murry signed with BC Ternopil, a team in the Ukrainian Superleague, in January amidst the country’s conflict with Russia, which escalated after Thursday’s attack. Murry had to pack up his belongings in a rush on Saturday, before it was too late.

“Obviously we’ve been paying attention to the news the last two weeks,” Murray said. “My concern really reigned in when the U.S. officials in the embassy were leaving. I was kind of worried that if the officials left, I can’t save the world, those are the people that are supposed to save us.”

For Murry and other Americans playing basketball in Ukraine this season, deciding to leave the country wasn’t a simple decision. It meant breaking their contracts, which is their main source of income, while teams downplaying the likelihood of a Russian invasion.

The Ukrainian SuperLeague finally paused its season just earlier this week. Teams in the league downplayed this outcome and pleaded with their American players to stay, rather than leaving earlier.

“I was in a situation where my team was informing me that everything was going to be OK and if anything happened, they would take us to the border,” Murry said. “I was reluctant a little bit to follow those rules just because I don’t want to put my trust in someone’s hand like that.

“I ended up staying for a few more days, but finally, when I was fed up, that’s the day when everything escalated. I had to go with my team instead leaving on my own.”

After receiving a text message to pack his bags and flee the country, Murry got in a car headed for the Poland border. With the border blocked off, Murry had to adjust, instead heading for Romania.

When Murry made it to the border hours later, he had to wait outside in the cold for 14 hours, due to the number of people trying to leave.

“For me, it started at 7 a.m. on Saturday and from then on, it was like a whirlwind,” Murry said. “Just trying to figure out what’s the best move, what route I should take. I just didn’t know anything, which kind of made me panic even more because you never know what’s going to happen.”

After escaping Ukraine amid the conflict, Murry flew to Amsterdam on Friday afternoon, before arriving back in the United States on Saturday.

Murry said his travel experience was frustrating as a whole, which was compounded by the teams’ late response to the situation.

“I had to take a seven hour train from Romania to a major airport so it was really hard,” Murry said. “I left some stuff there that I couldn’t return and go get. It was just a lot of turmoil as far as trying to figure out how to go about it.”

Although Murry’s life was put in danger, he’s gained perspective from the situation and realizes how many families in Ukraine have been impacted.

“My condolences go to all the families that suffered through this. That’s the important thing, understanding there’s a lot more to life than money. As long as you’ve got your family and friends and you’re able to get out of there. That’s the most important.”

Murry played at WSU from 2008-12 and. Murry, a native of Houston, made it to the NBA as an undrafted player and played a combined 56 games for the Knicks, Wizards and Jazz between 2013-15.